Why it'll cost extra to see 'The Batman' at AMC theaters 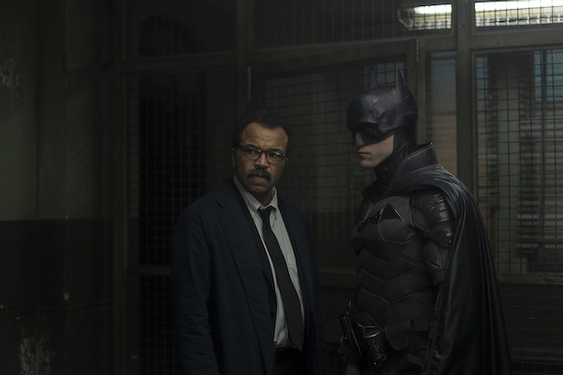 AMC Theatres has started to charge higher prices for Hollywood's most popular films — including this weekend's release of Warner Bros.' "The Batman" — as the world's largest cinema chain looks to get more bang from the biggest blockbusters.

Chief Executive Adam Aron on Tuesday told investors that the Leawood, Kansas-based company is bringing variable pricing to its theaters, an idea that U.S. movie houses have long resisted other than with matinees and other exceptions.

Aron said during a conference call that prices for "The Batman" this weekend are "slightly higher" than the prices the company is charging for other movies playing in the same theaters at the same time. This comes after the company previously raised prices at some of its theaters for weekend showtimes above weekday screenings, which tend to get lower traffic.

Demand-based pricing may be a novel idea for American movie theaters, though the practice is more common in Europe, where AMC acquired Odeon & UCI Cinemas Group in 2016.

Aron noted that AMC has had flexible ticket pricing at its European theaters for years. Variable pricing has long been the norm for other ticketed industries, including airlines and sporting events, as well as hospitality businesses such as hotels.

According to AMC's ticketing website, an adult advance ticket for a Friday night showing of "The Batman" at the AMC Burbank 16 is priced at $19.49. A comparable screening for Sony Pictures' "Uncharted," which was released over Presidents Day weekend, is selling for $17.99 a ticket at the same location.

"The Batman," starring Robert Pattinson, is expected to gross more than $100 million Thursday through Sunday in ticket sales from the U.S. and Canada, according to people who reviewed prerelease audience surveys.

That would make it only the second Hollywood film to open with more than $100 million domestically since the start of the pandemic. The other was "Spider-Man: No Way Home," which opened with $260 million. People close to Warner Bros. are more cautious, predicting a debut of about $90 million.

Demand-based ticket pricing is controversial in the movie exhibition business. Some distributors have argued that theaters should offer lower prices for screenings of smaller movies to combat attendance declines for non-franchise releases. Movies geared toward adult filmgoers have struggled mightily since the pandemic, while studio action tentpoles have dominated the market.

Movie theater companies including AMC — which has a hefty debt load — struggled to grow attendance during the pandemic as patrons were reluctant to return to indoor auditoriums and Hollywood's film output remained lackluster.

AMC benefited from a surge in investment from retail stock traders during the Game Stop craze, which helped the company avert bankruptcy. Since then, the company has aggressively expanded by leasing new theater locations — including multiple former Pacific and ArcLight theaters — and announced that it would sell popcorn at retail.

The company has also catered to its enthusiastic meme-stock fanbase by minting promotional NFTs (nonfungible tokens) tied to major film releases and by accepting crypto currencies including Bitcoin for movie tickets.