NCAA basketball bracket: What time is Selection Sunday? How to stream and watch. 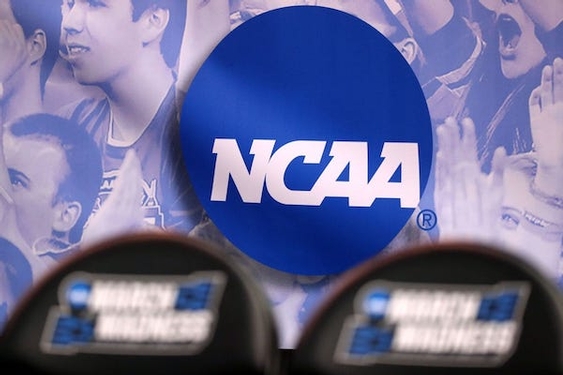 he NCAA logo is seen during the first round of the NCAA Men's Basketball Tournament at Vivint Smart Home Arena on March 16, 2017 in Salt Lake City, Utah. (Photo by Christian Petersen/Getty Images/TNS)

Selection Sunday is nearly here, meaning March Madness is about to hit in full force.

The 68-team bracket for the 2022 NCAA men’s basketball tournament will be revealed on Sunday at 3 p.m. PDT on CBS. A live stream of the bracket reveal also will be streaming on NCAA.com and the March Madness Live app for iOS and Android devices.

Greg Gumbel will be hosting the selection show and will be joined by analysts Seth Davis and Clark Kellogg as they look at the seedings and team selections made by the Division I Men’s Basketball Committee.

Thirty-one teams will receive automatic bids, and 37 teams will make up the rest of the at-large pool. The tournament tips off Tuesday at 3:30 p.m. PDT in Dayton, Ohio, with the First Four games. The first round starts Thursday at 9 a.m. PDT.

The women’s 68-team bracket will be revealed Sunday at 5 p.m. on ESPN.

Here's a breakdown of the games and TV channels for the entire NCAA men's basketball tournament:

Which men's teams have automatic bids so far?

Here are the teams that have received automatic tournament bids after winning their respective conference tournaments:

Here's a breakdown of the games and TV channels for the entire NCAA women's basketball tournament:

Which women's teams have automatic bids so far?

Here are the teams that have received automatic tournament bids after winning their respective conference tournaments: