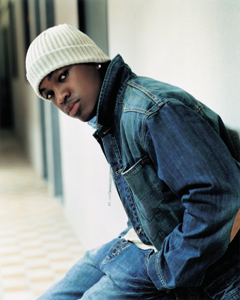 Kinky is one of the more surprising success stories of alternative Latin music. The band's bouncy electro dance-pop, with its somehow Mexican sound and incredibly catchy hooks, has been on a slew of U.S. TV commercials and movie soundtracks, making it a favorite on alt-music scenes on both sides of the border.

Despite its name, Kinky is more benignly loopy than full tilt twisted, with enough funk and darkness to keep things interesting. Reina (Queen), its third album, may be the band's happiest and oddest CD yet.

“Sister Twisted” is one of those danceable Kinky tracks with nonsense lyrics and enough funk to keep it gutsy. “Uruapan Breaks” blends hyper-speed percussion breaks with bass-y tuba loops.

Cool guests: Former Men At Work singer Colin Hay steps in for “Monday Killer,” celebrating the joys of wasting time with your baby. Ely Guerra lends her acid angel vocals to “A Donde Van Los Muertos (Where Are the Dead Going),” and Ricky Munos, of Mexican regional super group Intocable, plays sublime accordion on the new waveish “Again and So On.”

One of Kinky's joys is how all these unlikely sounds and moods sound so right together, skimming lightly atop a nonsense world that can collapse without notice. So, we may as well have a good time until it does.