At two Southern California IHOPs, Ramadan halal specials were so popular they're staying on the menu

Some of the items from the Halal menu at IHOP include (clockwise from bottom): chicken and waffles, classic burger, tilapia Florentine and the pancake combo with halal turkey bacon.

Mohammad Ashraf, owner of an IHOP franchise in Fullerton, California, watched with amazement what happened during Ramadan this year.

Cars often double-parked in front of the chain restaurant before dawn, as members of the Muslim community assembled, hoping to have halal chicken tenders or turkey-bacon omelets as their suhoor meal before fasting for the day.

A general manager frantically took orders outside with a pen and paper in an effort to ensure everyone could be served before sunrise. Some, finding no available tables, would eat out of styrofoam containers while sitting on the curb. The commotion this year made one thing clear to Ashraf, who is Muslim: his annual Ramadan-only menu of halal specials would have to stay, year-round.

"People are overwhelmed by the fact that they can go to an IHOP restaurant and eat halal food," he said. "That's 90% of the comments they make."

Pork is not halal, and other animals, such as chicken, beef and lamb, must be slaughtered under certified-halal standards such as the humane slitting of the throat. Ashraf never had an interest in bacon himself, but it's occupied his thoughts since 2008. That year, the IHOP franchisee decided it was time to service his family and his community's needs, and sell halal-certified turkey bacon at his first restaurant during the Islamic holy month, which ended this year on May 1. He says it took months for the IHOP corporate office to approve its sale at the Fullerton outpost, along with the option for halal sausage. (IHOP's central offices did not respond to a request for comment for this story.)

A menu of halal specials, or foods permissible under Islamic law, launched during Ramadan in 2009, and he also decided to open earlier for those looking to dine before sunrise. Business was slow at first: one or two tables ordered each pre-dawn morning, but the following Ramadan, more guests were trickling in.

Ashraf's halal IHOP menu became more popular pre-pandemic, when he and his team began offering a suhoor buffet to help feed guests before sunrise. This year, in addition to reprising the buffet, they added a tent for outdoor seating and decided to run the restaurant for 24 hours during the last two weekends of Ramadan.

By 2022, word-of-mouth helped the menu gain even more popularity, to the point that he extended some of the items to his Tujunga location, which will also now run them year-round. In Tujunga, they had guests drive from Modesto. In Fullerton, diners said they'd traveled from Victorville and Palm Springs.

When the realtor-turned-restaurateur purchased the Fullerton IHOP in 2006, he brought his own meats purchased from Diamond Bar's Aljibani Halal Meats, and instructed his chefs on how to prepare them just for him — and how to avoid cross-contamination with the restaurant's pork products; both locations now maintain separate refrigerators, shelves, fryers and griddles for halal meats and non-pork items.

Eventually his personal stash served his children on their visits, and then his friends.

"When they were younger, they would go to restaurants with their friends, but their choices were limited," Ashraf said. "'How come they can eat the meat and I can't?' There were a few halal [chain] restaurants back in the day, but other than that, our choices would be Pakistani, Bangladeshi or Iranian. When they would come to IHOP they would eat pancakes, waffles, vegetarian things."

He realized there was more than an immediate demand for offering halal meats — there was an untapped market.

According to the Census Policy Advocacy Network, roughly 1 million Muslims live in California; the Islamic Society of Orange County is one of the largest Muslim community centers in the country.

The growth for Ashraf has largely been possible through in-person marketing visits to local mosques, first in Orange County, now in Los Angeles, which have been primarily carried out by his general manager: Mariana Macias. Raised Catholic, she began working with Ashraf in 2006, and said she was unaware of Islamic practice or halal requirements, but learned more as she dropped off fliers advertising the Fullerton IHOP's halal meats in mosques and at Muslim student programs.

Now, Macias said, she feels like part of the community.

"At first the hardest part to do, as a non-Muslim person, was go to a mosque — I did not know what to do," she said. "You have to take off your shoes, you have to be covered up in abaya, some places are stricter; men and women go through a separate door. All that was new for me, but the whole Muslim community is so welcoming, even if you're a non-Muslim person."

While Macias doesn't practice Islam, she orders off the halal menus regularly, saying it tastes better — especially the chicken, which she loves in sandwich and buffalo-tenders form.

Ashraf's employees aren't the only ones who prefer the taste of halal meat. Dave's Hot Chicken has sold halal chicken tenders since it launched as a pop-up in an East Hollywood parking lot in 2017. According to co-founder Arman Oganesyan, religious practice didn't motivate the decision — to the four Dave's founders, the halal tenders were simply a better product.

"We realized that any brand of halal was much better: Chicken would come out of the box much more tender, much more juicy," Oganesyan said. "We had a brining process, and we had to do a lot less of our brining process because the chicken was so easy to work with."

Currently Dave's operates more than 60 stores; by the end of the year, they should have roughly 100; some are franchises, some are company-owned, and all are halal-certified. While halal chicken is slightly more expensive — roughly 10 cents more per pound for Dave's — the founders feel both the flavor and the opportunity to reach a wider market, halal diners, is more than worth the cost.

"The feedback is always really good, and it's kind of surprising to us that more people are not using halal," Oganesyan said. "It's not hard to get."

Maybe, he said, this is just the start. Ashraf said he hopes so too, but acknowledges it's been a long road to get here.

"Me being Muslim, I understand the concept, and I pushed for it," Ashraf said. "Other people are not going to have the patience for it; if you're not passionate about it, how long are you going to fight for it? I've been trying since 2008."

Ashraf hopes to add new, certified items to both of his restaurants in an effort to provide just as much convenience for customers who eat halal foods as those who don't.

Special Features
Southern California has given the world so much. And fast food too
1,221 views

Special Features
Foggy, fizzy, buzzy: Searching for the fermented drinks of Mexico on the streets of L.A.
459 views 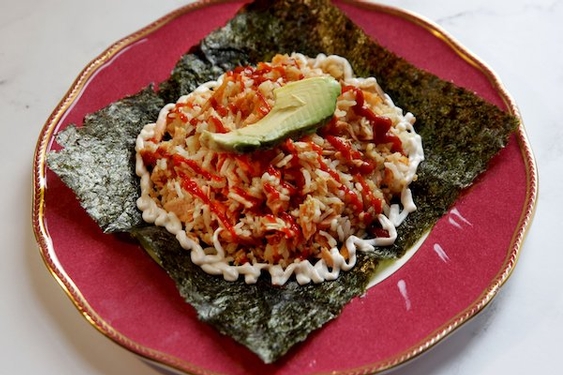 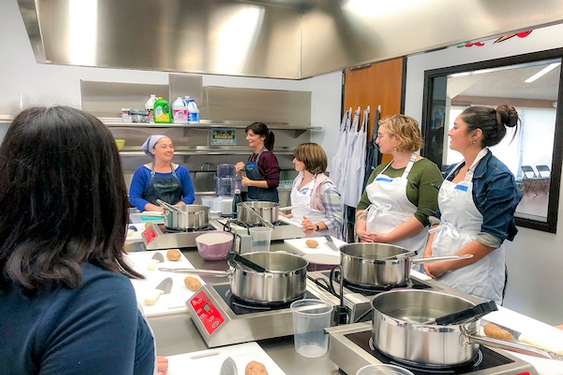