Fans and record labels are addicted to TikTok. But some artists are just saying no

Halsey poses with fans during the 33rd Annual ARIA Awards 2019 at The Star on Nov. 27, 2019, in Sydney, Australia. (Mark Metcalfe/Getty Images/TNS)

Florence Welch calls it the "sigh heard 'round the world."

Tasked with creating some online buzz ahead of the release of the latest album by her band Florence + the Machine, the 35-year-old British singer pointed a camera at herself recently to record a short video for TikTok — a video that begins with her exhaling theatrically before she sings a few bars a cappella from her song "My Love."

"The label are begging me for 'low fi tik toks' so here you go," she wrote in the clip's caption. "pls send help." For emphasis she signed off with a skull emoji, as if to tell her fans that this newfangled digital marketing effort was slowly killing her.

"I was really frustrated," Welch tells the L.A. Times of her mindset in the TikTok, which went viral this week in the wake of a similar declaration by Halsey, who posted a video on Sunday accusing her record label of holding a new song hostage until "they can fake a viral moment on tiktok."

"ive been in this industry for 8 years and ive sold over 165 million records," wrote Halsey (who uses the pronouns "she" and "they") in text that appears atop handheld footage of her listening to the song in question. "everything is marketing and they are doing this to basically every artist these days."

"i just wanna release music, man," they add. "and i deserve better tbh."

More than two years after TikTok became pop music's most efficient new hit-making platform — thanks in part to a user base that exploded amid the early stuck-at-home days of the COVID-19 pandemic — a growing number of musicians are voicing concerns about the record industry's reliance on the short-form video-sharing app, which has helped make smashes of songs such as Lizzo's "About Damn Time," Harry Styles' "As It Was" and "We Don't Talk About Bruno," from the chart-topping soundtrack of Disney's "Encanto."

Last week FKA twigs posted a video in which she said she was "told off today for not making enough effort" on TikTok, while Charli XCX recently filmed herself looking comically exhausted — the effect, she said, of her label having asked her "to make my 8th tiktok of the week." ("i was just lying for fun," Charli later wrote on Twitter.) Responding to Halsey's post on Monday, Maren Morris lamented the "one-size-fits-all grip on our art" she says is exerted by record companies' "algorithm 'virality' data." The complaints are part of a larger critique of the draining effect that social media has come to play in artists' lives at a moment when they're expected to be creating content at all times.

In a statement, Halsey's label, Capitol Records, said: "Our belief in Halsey as a singular and important artist is total and unwavering. We can't wait for the world to hear their brilliant new music." The singer couldn't be reached for comment.

Despite the outcry, there's no denying the promotional muscle at work when hundreds of thousands of TikTok users — the company says it has 1 billion around the world — make videos using a given song to soundtrack a trendy dance or some other activity. Take any track near the top of a streaming chart or Billboard's Hot 100 and it's almost certain to have a significant presence on TikTok, whether that presence was sparked by the artist themselves or by some random kid with a quirky idea that ended up catching fire.

It's not hard to look at Halsey's video, which has racked up more than 8 million views, as a form of promo itself — and not long after she made a TikTok advertising her line of cosmetics. Going viral on the app is no guarantee of a lengthy career; it doesn't even promise that an act's next single will take off, as seen in the cases of one-hit wonders like Arizona Zervas ("Roxanne"), Ritt Momney ("Put Your Records On") and WhoWheem ("Lets Link"). But right now nothing else can compete with TikTok's reach.

"It's amazing how powerful it is for music," says veteran talent manager Jonathan Daniel, co-founder of Crush Music, which oversees the careers of stars such as Lorde, Green Day, Miley Cyrus, Sia and Fall Out Boy. "Right now we have a Sia song and a Panic! at the Disco song in the top 100 on Spotify essentially because of TikTok." As the importance of terrestrial radio has faded (at least among younger listeners), the internet has democratized the hit-making process, Daniel explains; hits are no longer decided by industry gatekeepers but by the masses on their iPhones, which has left labels desperate to repeat a trick when it happens.

"They're like, 'We're not sure what to do, but this is working for some people, so you should do it too,'" he says.

Daniel recalls being bummed out not long ago when he came across Tori Amos' first crack at the platform, in which the beloved singer-songwriter greets the audience with a kind of get-me-out-of-here expression. "It just felt like somebody had told her, 'You need to get on TikTok,'" the manager says of Amos, who broke out in the early 1990s, long before the age of social media. "And she's like, 'Why are you making me do this?'"

Some music insiders view TikTok — and the burgeoning resistance to it — as merely the latest evolution in a business that's always prized visual presentation. "In the MTV era you had to be good at making videos," said one longtime industry figure who requested anonymity to speak freely. "And believe me — some acts didn't want to do them. But as with MTV back then, this is where the audience is now."

Welch, whose new album, "Dance Fever," entered Billboard's alternative albums chart this week at No. 1, admits she's come around to that fact in the weeks since she broadcast her deep sigh of resignation.

"The fan community on TikTok was so funny and cute that I kind of started to enjoy it," Welch says. (The top-rated comment on her original video: "Florence I'm sorry the label is right we love these.") "And I'm not sure there's another medium where you can utilize an Elvis impersonator, vampire teeth and demonic CGI in one week and it still make creative sense," she adds, referring to videos she's posted amid the rollout of "Dance Fever."

Indeed, finding one's unique voice on the platform, as opposed to using it for nakedly promotional ends, is key to an artist's long-term success on TikTok, according to Daniel. "People want to be entertained, so you've gotta do something entertaining," he says. "Going on TikTok and reading your tour dates? People will skip right over it."

There are a handful of superstars whose status has allowed them largely to avoid engaging with TikTok: Kendrick Lamar, whose "Mr. Morale & the Big Steppers" just logged the biggest opening week of any album in 2022, for instance, and Adele, who told Apple Music's Zane Lowe last year that she's happy to aim for older listeners — and that she's hardly worried younger people aren't aware of her.

"They're like, 'We've really gotta make sure these 14-year-olds know who you are,'" Adele said, paraphrasing execs at her label. "And I'm like, 'But they've all got mums."

Lorde, who at 25 is nearly a decade younger than Adele, is not on TikTok either, though Daniel occasionally sends her videos he sees on the app. "I sent her the Florence one — she's a big Florence fan — and I sent her a Haim one that was quite good," he says.

"But that's all I do. She can make up her own mind about what she wants to do. Or not do." 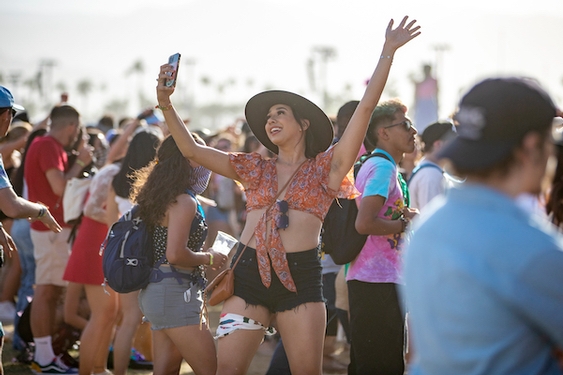 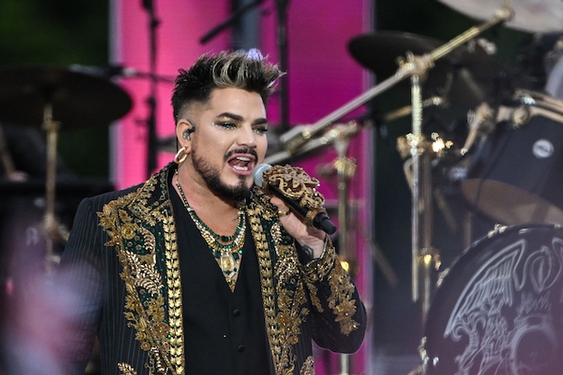 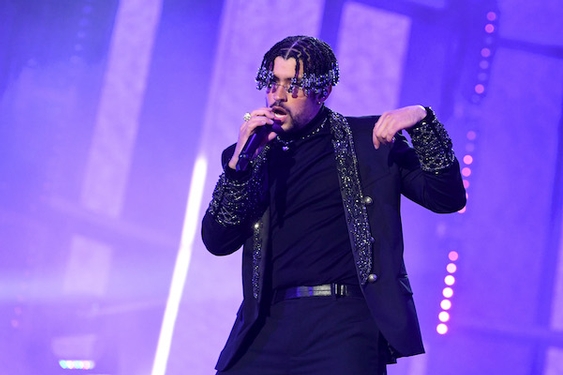 Special Features
The remaking of Demi Lovato: 'I am owning my dark side'
988 views

Special Features
Why Wallows’ Coachella 2022 set is a chance to take care of ‘unfinished business’ at the festival
1,174 views