USC, UCLA are leaving the Pac-12 for the Big Ten 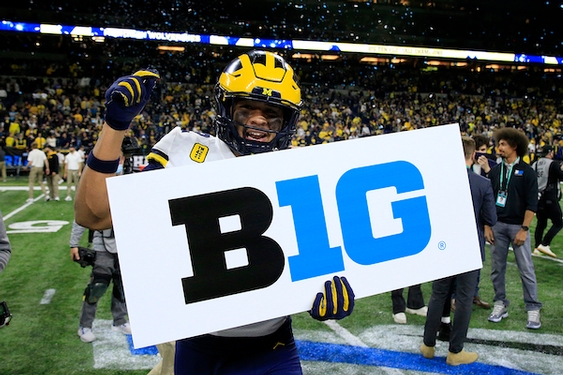 USC and UCLA are leaving the Pac-12 for the Big Ten Conference, multiple sources confirmed to the Los Angeles Times on Thursday morning.

The schools are aiming to leave as early as 2024 and the migration is expected to include all sports except beach volleyball, men’s volleyball and men’s and women’s water polo, sources told The Times. The sources were not authorized to speak publicly about the deal.

The Trojans and Bruins have been flagship members of the West Coast’s power conference for nearly a century. Their departure to the Chicago-based Big Ten would signify a death blow to the notion of the Pac-12 as a competitive, top-level football conference and serve to bolster the Big Ten in its efforts to keep up with the Southeastern Conference, which accepted Texas and Oklahoma of the Big 12 as members last summer.

If USC and UCLA make the move official, the “Power Five” will move closer to a “Power Two” as college sports continues to reimagine its future in the era of name, image and likeness and player empowerment.

The Pac-12 has lagged behind other major conferences for years in media rights revenue, distributing $344 million among its schools in the 2021 fiscal year. In the same year, the Big Ten handed out $680 million.

The Big Ten is currently negotiating its next media rights deal and is expected to be able to fetch upwards of $1 billion per year. Adding the Southern California media market to its product would only make the league’s offerings more desirable at just the right time.

Conference commissioner George Kliavkoff has stressed a commitment to fixing Pac-12 football during his first year in the position. But the league’s revenue issues are hard to deny, even with the prospect of an improved media rights package starting in 2024.

The Pac-12 has not had a team reach the College Football Playoff since Washington in 2016. Only one other team — the Oregon Ducks in 2014 — has made it.

USC’s struggles to find stability in the aftermath of Pete Carroll’s departure and NCAA sanctions have hurt the conference’s competitiveness nationally. But now the Trojans appear to be taking a step out on their own, leaving behind long-held relationships for new blue-blood bedfellows like the Ohio State Buckeyes and Michigan Wolverines.