Irv's Burgers was so beloved that fans signed up to work there. It's finally back

After what was intended to be a permanent closure, Irv’s Burgers reopened in West Hollywood on July 1 with a revamped menu and new ownership. (Mariah Tauger/Los Angeles Times/TNS)

One of L.A.'s most beloved burger stands is back. The space is new, the branding's been refreshed, and former owner Sonia Hong's signature doodles and the slogan "Just for you!" now appear printed on the paper placemats, as opposed to always sketched by hand on paper plates by Hong herself.

But the more things change, the more Irv's Burgers stays the same.

The little burger shack that could first opened in West Hollywood in 1946 on Route 66 and has lived as a roadside stand under a range of names and owners, none more beloved by the local community than Hong, who purchased Irv's Burgers in 2000 alongside her mother, Mamma-Soon Hong, and her brother, Sean Hong.

Through a range of challenges — death in the family, displacement, land development clashes and even a 2018 closure that wasintended to be permanent — the Hongs' devoted customers have rallied around the shack. And thanks to new ownership from restaurateur and Irv's fan Lawrence Longo (also an owner of Burgers Never Say Die), that support saved the business and brought Hong back to the counter with a heralded reopening on July 1.

The new location is just down the block from where it all began 76 years ago.

Irv's isn't just a destination for flat-top fare; it began as a piece of history. The original shack was a relic of the post-World War II food stands that sprouted up throughout the country in the 1940s and required little more than the remnants of wartime aluminum to construct. It was formerly stationed at 8289 Santa Monica Blvd., then moved roughly half a mile east in 2014. Today, the new space — which includes a walk-up window, limited indoor seating, standing counters and outdoor tables — sits next door to the restaurant's second location.

On opening day, a line of customers stretched around the corner of the glassed-in dining room and down the block, all eager for a taste of the return.

"I think we did pretty good, huh?" Hong laughed just before the reopening. "I couldn't do much, but somehow every time I was in trouble, God said to me, 'I'll send someone really special every time.'"

Hong's help has arrived in the form of fans and customers who have offered pro bono publicity services; jumped behind the counter to take orders when the family was overwhelmed; and written letters to property developers, a coffee corporation and city officials in a bid to stave off a relocation or closure. The support for Irv's has been overwhelming since the Hongs took the reins in 2000 from Irv Gendis, who purchased the business in 1970 and christened it with its present-day moniker. Support never waned, Hong says, but difficulties with her landlords began only a handful of years into owning the restaurant.

"It was getting difficult because the people from the Peet's Coffee [were] trying to take over my spot," Hong said. "All my customers were writing letters to the headquarters office in [the Bay Area] and City Hall for a whole year, every single day. It wasn't easy."

Their efforts paid off: Representatives from Peet's Coffee agreed to meet with the Hongs regarding the property's development, and eventually, the company left the arrangement with Hong's landlord, Standard Oil Investment Group. From there, she said, after her lease on the space ended, Irv's went month-to-month but they were able to remain in the space for years.

Around that time she contacted the restaurant's previous owner, who provided the Hongs with photos of the original space in an effort to establish Irv's as a kind of historic landmark, which they hoped would delay further development bids. That worked too — for a time.

In 2005, West Hollywood designated Irv's a cultural resource, but the Hongs say their landlords demanded that the restaurateurs fix their roof, which was out of their budget, and in 2013 the Hongs were forced to close at that location. The community came together for Irv's once again, raising thousands of dollars to help the family relocate down the street, and at the start of 2014 the Hongs reopened at 7998 Santa Monica Blvd. The restaurant remained there until Irv's latest closure, intended to allow the family to step away from the business permanently. .

In 2017 Hong's brother, Sean, died of a stroke; that spurred Hong and their mother — a beloved figure in her own right — to take on more work and eventually reflect on the future of the business. Shortly thereafter a chef who had worked at Irv's for nearly 16 years left. Their workload fell on the remaining Hongs, which proved unsustainable — especially for Mamma-Soon, who was then in her mid-80s. "Mamma was really working so hard for us," Hong said. "Mamma didn't want to stay there though when my brother died, so I said, 'OK, Mamma, we've been there long enough, we'll wrap it up and then we can close.'"

Some customers started working there, simply to help the restaurant stay afloat until its closure, taking orders from behind the counter for months. It would have been a shame to lose not only the burgers, they said, but visits with Sonia Hong herself.

Her chipper demeanor, paired with her whimsical, cartoon sketches of round, smiling faces of her customers — as well as their pets, their friends, their clothes and their food orders — made it a memorable, if not singular, experience for many. Hong knew she would miss those customers, but she also knew that she needed to recuperate after the loss of her brother.

Stepping away from restaurant ownership was freeing, Hong said. For about one year after her closure, she worked at another West Hollywood burger institution, Hamburger Mary's, though she wasn't grilling beef. Hong was primarily taking orders and mixing drinks behind the bar. ("I was making little cocktails — not that good," she laughed.)

She'd given up on the idea of ever owning a restaurant again, but another special someone had entered her life.

Longo, a restaurant investor and founder of the Off the Menu app, had visited Irv's while trying to eat 365 burgers in a year, and he loved not only the product but Hong and her connection with the community. He contributed to the restaurant's online fundraisers. He stopped by Irv's multiple times to tell Hong that he would help her in some way, but she didn't take him seriously, nor did she want to.

The only way she would come back, she told him, was if she didn't have to own it herself — she simply wanted to return to see her customers, many of whom she regards as close friends.

Soon after, a fall placed Mamma-Soon in the hospital for nearly five months, which required Hong to remain at home more in order to care for her; these days, Hong wakes up early to make breakfast for her mother, then prepares lunch and heads out to Irv's for a full shift of helping customers and slinging burgers and sketches once again. After work, she returns home to make dinner for Mamma-Soon, but she knows that once Mamma is feeling better, she'll want to be right back at Irv's too, maybe not cooking and prepping and cleaning as she once did but welcoming customers back to their family's business.

Customers can trace the lineage not just through visits with the Hongs but also by viewing the walls of the new space. Longo wanted to incorporate all of Irv's history in the decor, hanging photos and menus showing its growth from its roadside-stand inception to a neighborhood iconoclast years later, preserved in past signage, glowing reviews and photos of celebrities such as the Clash, Seth Rogen, and Mike Myers and Dana Carvey clad as their characters from "Wayne's World."

"It's COVID-proof, it's safe, you can be open late and shut the doors, and it's what it originally was: It was a burger stand," Longo said. "I felt like, 'No, this can't die. It's American history.'"

He called in Oui Melrose chef Armen Piskoulian to consult, which meant paring down the offerings and reworking the ingredients: Many of Irv's recipes remain the same but the ingredients are higher-grade. The buns are now custom-made. There are milkshakes and confetti cookies and a vegan option, plus a new secret-recipe house sauce. The prices of some menu items have increased, primarily to compensate for the change in ingredients, Longo says, but the restaurant offers a simple $4 burger for those still looking for a bite at a steal.

Eventually, Longo says, he hopes the new, streamlined menu and branding could result in expansion for Irv's, bringing a taste of West Hollywood's iconic burger shack to other neighborhoods in L.A. and states beyond California.

Sonia Hong couldn't possibly be behind the counter at all of them, of course. For that, if and when that day comes, visitors will have to drop by the original for a wave, a thumbs-up sign, and, if it's not too busy, maybe even a custom doodle from the former owner — now a local legend in her own right. 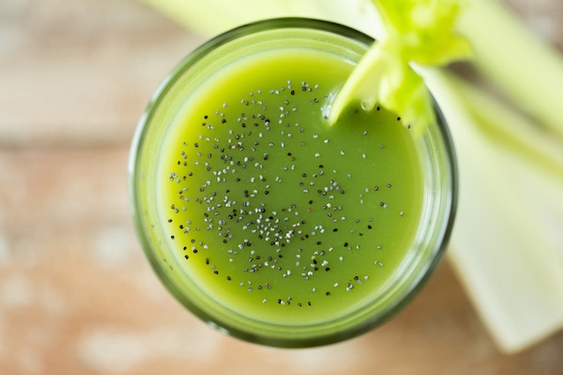 Special Features
7 tips for eating and living well in the new year
1,313 views 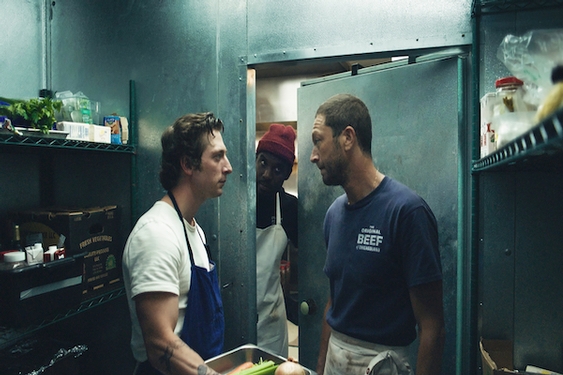 Special Features
This is how to make a real Italian beef, according to the culinary producer of 'The Bear'
2,121 views

Special Features
What are 'Blue Zones' and why should you eat like the people who live in them?
405 views

Special Features
At two Southern California IHOPs, Ramadan halal specials were so popular they're staying on the menu
812 views

Special Features
Southern California has given the world so much. And fast food too
1,413 views

Special Features
Foggy, fizzy, buzzy: Searching for the fermented drinks of Mexico on the streets of L.A.
682 views