It’s been quite a journey since four boys from a quiet Colorado mountain town had to figure out why one of them had alien technology embedded inside of him after being subjected to probes by extraterrestrials a quarter of a century before.

“South Park,” created by Coloradans Trey Parker and Matt Stone, celebrates its 25th anniversary this year — including concerts at Red Rocks on Aug. 9-10 featuring the vast collection of music from the show and a traveling exhibit that will stop at the Red Rocks Trading Post (Aug. 9-10) and McGregor Square (Aug. 12-13).

Throughout its history, the Comedy Central series has left an indelible mark on pop culture with a bevy of merchandise, a full-length feature movie and video games. It’s the second-longest-running American cartoon series on television, behind only “The Simpsons.” (Note that new episodes air on Comedy Central, but HBO Max has all the seasons on demand. Paramount+ also has a deal for exclusive "South Park" content.)

With 319 episodes (and counting), the show has evolved far beyond just Stan, Kyle, Kenny and Cartman into a rich tapestry of friendly faces everywhere. Here’s a look at 10(-ish) essential episodes that define “South Park”:

What happens: Cartman makes Butters disappear in order to go to Casa Bonita for Kyle’s birthday.

Why it’s on the list: This is the episode that made Colorado’s “Disneyland of Mexican restaurants” a destination for fans of the franchise. When Kyle chooses to invite Butters over Cartman to Casa Bonita for his birthday dinner, Cartman convinces the gullible Butters that a meteor the size of Wyoming is on a collision course with the Earth in order to take his place. The fun resides in the escalating antics a desperate Cartman has to take in order to keep Butters out of sight (for days) so that he can go to what he calls “my most favorite place in the world.” The details of Casa Bonita, from the cliff divers to Black Bart’s cave, are the icing on the cake.

This episode feels especially special now that South Park’s creators own Casa Bonita, which is undergoing renovations and could potentially reopen in late 2022.

What happens: The World of Warcraft is under attack by someone who’s leveled up so much that he transcended beyond the game’s rules, killing everybody and making the massively popular, multiplayer, online role-playing game unplayable. It’s up to the boys to figure out a way to take him down.

Why it’s on the list: Created during the peak of the WoW craze, this episode follows the boys as they train to defeat an opponent who became so powerful that he constantly kills off other players. Unable to play the game properly, they kill low-level boars for weeks in an effort to increase their character’s levels — much to the detriment of their health. It’s a fun look into gaming culture. Plus, the creators teamed up with Blizzard Entertainment, the makers of the game, to produce the in-game footage used in the episode.

What happens: In this parody of “Game of Thrones,” Randy Marsh becomes a security guard at the mall in order to be first in line for Black Friday. The kids in town are divided into two factions in a battle to see which new gaming system they’ll mutually agree to buy. And Butters is off on a journey with Scott Malkinson to find out from George R.R. Martin how his books are going to end. (Hint: It doesn’t go well.)

Why it’s on the list: This is peak “South Park” when it comes to multi-episodic arcs. It comes together so well and the parallels to “Game of Thrones” — the shoppers waiting outside the mall moving slowly like white walkers or Cartman taking people to a garden to talk about betraying someone else — is masterfully done. The three-parter also sets the tone for the seasons to come in which the creators experiment with seasonlong arcs.

'Trapped in the Closet'

What happens: Stan becomes the reincarnation of L. Ron Hubbard and becomes the head of the Church of Scientology. Tom Cruise becomes dejected that “the chosen one” thinks he’s just “OK” and locks himself inside Stan’s closet.

Why it’s on the list: Parker and Stone have a long history of mocking religions (see: “All About Mormons” and “Bloody Mary”). It was only a matter of time before they tackled Scientology, calling it a “big, fat global scam.” The episode stirred up plenty of controversy, from Tom Cruise reportedly pressuring Comedy Central to pull its reairing to Isaac Hayes, the voice actor for Chef, leaving the series.

'The Simpsons Already Did It'

What happens: Butters — under his alter ego, Professor Chaos — tries to come up with an idea to wreak havoc upon the town, but his sidekick, General Disarray, constantly tells him that “The Simpsons” already did it. Meanwhile, the boys are invested in creating a society of seapeople.

Why it’s on the list: The premise stems from Parker and Stone’s experiences trying to come up with ideas in the writers’ room and realizing that it was already done by “The Simpsons.” Butters becomes more and more frustrated with each idea that has been already taken.

Why it’s on the list: From the earlier days of the series, this episode pushes the boundaries of what could be deemed acceptable on television. Parker and Stone crudely ridicule the group and its grotesque mission — a topic that’s rarely discussed on TV, let alone in a comedy. Cartman trying to find “mature” friends online is uproarious. Plus, watching Kenny’s dad, Stuart, unintentionally suffer in the B plot is absolutely hilarious.

What happens: Stan and his friends begrudgingly play baseball because of their parents’ wishes. Meanwhile, Stan’s dad, Randy, prepares for his biggest shirtless brawl against an opposing team’s parent.

Why it’s on the list: This is Randy Marsh at his best — and cements the tone for the character for years to come. While the kids are bored playing baseball, Randy is off fighting other dads during the games. This is filled with plenty of classic one-liners (“I thought this was America?”) and pokes fun at parents who take their children’s sporting events way too seriously. The final antagonist, Batdad, is one of best one-off characters of the show’s entire run.

What happens: Cartman pretends to be a robot to torment Butters. But Butters knows a secret that forces Cartman to stay in disguise.

Why it’s on the list: Cartman and Butters are comedic gold together (see: “Casa Bonita,” “The Death of Eric Cartman”). Cartman pretends to be a robot called “Awesom-O.” But this time, the tables are turned after Butters reveals he has a video containing a dark secret about Cartman (he dresses up like Britney Spears and makes out with a cardboard cutout of Justin Timberlake). This forces Cartman to remain in disguise as the cardboard robot in order to try and find the tape, creating a bevy of fun hijinks. Plus, how adorable is Butters singing “Have You Heard About My Robot Friend?”

What happens: Cartman exacts revenge by making a teenage bully eat his own parents.

Why it’s on the list: This is the turning point in the series where Cartman transforms from a selfish, whiny antagonist to a diabolical supervillain who will stop at nothing to get his way. After getting swindled by a ninth-grader named Scott Tenorman, Cartman seemingly makes failed attempts at retaliation. However, in a dark twist at the end, he wins with a final gruesome result that leaves Kyle telling Stan, “Dude, I think it might be best for us to never piss off Cartman again.” 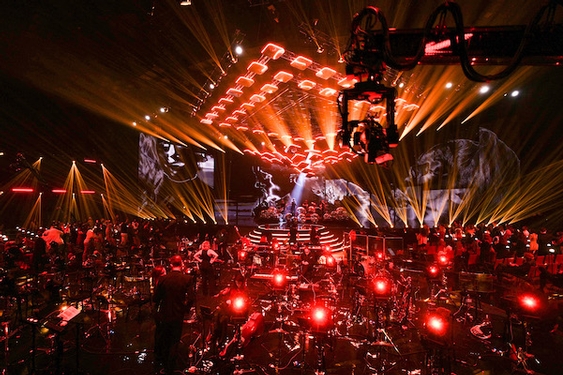