Are community colleges accessible enough to students without cars? 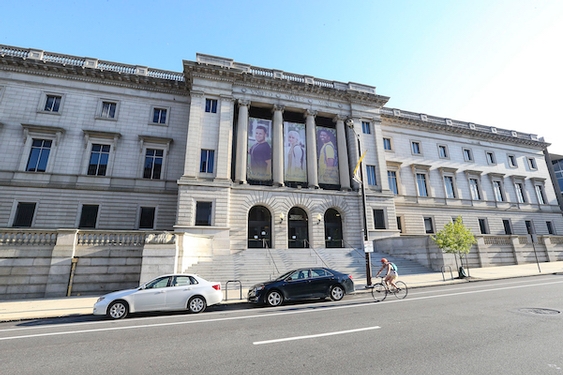 Nearly one-third of 118 community college and technical school campuses in Pennsylvania are not within walking distance of a public transit stop, and that could be a problem for students without cars or with car problems, according to new research from a Washington, D.C.-based nonprofit.

"Our students are one flat tire away from dropping out of school," said Abigail Seldin, CEO of the Seldin/Haring-Smith Foundation. "Conversely, they may be one consistent, well-designed, affordable bus route from completion."

Her organization, which released a national report on the topic last year, is creating detailed maps for each state, showing proximity to public transit stops for every community and technical college campus, including branches and satellites. The group released maps for Pennsylvania, New Jersey and Delaware to The Philadelphia Inquirer last week.

New Jersey fares far better than Pennsylvania. Just 7% of its 46 community and technical college campuses are not within walking distance of a transit stop, which is defined as within a half-mile. In Delaware, all three of its campuses are within walking distance. In the Philadelphia region, most campuses have a nearby stop, but there are exceptions, such as Montgomery County Community College's Culinary Arts Institute in Lansdale and Bucks County Community College's Perkasie campus, the data show.

Montgomery County college spokesperson Diane VanDyke said the institute will be leaving Lansdale and moving to its Blue Bell campus within the next year where there is public transportation access. SEPTA operates two bus routes to the Blue Bell campus, while its Pottstown campus is served by SEPTA and Pottstown Area Rapid Transit, she said. The college also offers a free shuttle service between Pottstown and Blue Bell. Bike lanes also are near both, she said.

But even the campuses with stops nearby may face challenges, Seldin said. Her group's analysis doesn't take into account transit frequency or schedules, availability of transit stops in students' neighborhoods, or the cost — all of which could create additional barriers for students. Annual transportation for community college students on average is about $1,840, Seldin said.

"Everybody's got some work to do," said Seldin, a 2009 University of Pennsylvania graduate and Rhodes scholar who coauthored the report with Ellie Bruecker and Matthew Crespi.

The group's work offers a starting point in looking at what its authors say is a critical issue: Making sure students can get to campus. She hopes it spurs conversation about accessibility, noting that community college students often come from lower-income homes, and 99% live off campus, with many of them working and/or parenting and strapped for time.

"What we're hoping is that through this work we are able to lift up examples in places where this is working," she said. "And that in places where those services are not yet available, the availability of the data will galvanize action, and we are seeing that already."

Last year, a bipartisan group of federal legislators, including Rep. Conor Lamb, a Democrat, Rep. Brian Fitzpatrick, a Republican, and Sen. Bob Casey, a Democrat, proposed legislation to ease transportation for students based on the Seldin group's initial report, which didn't include branch campuses and their satellites. The bill would offer competitive grants to add transit stops close to campuses, increase frequency and provide financial support to students. The bill has passed the House twice but has not gained traction in the Senate, though advocates plan to push again next year.

"The PATH to College Act would make it easier for students at community colleges and minority-serving institutions to take public transportation to get to campus, removing a big barrier to higher education," Casey said in a statement. "I'm going to keep pushing to get Republicans in the Senate to support this bill too so we can get it over the finish line."

The Pennsylvania Commission for Community Colleges acknowledged transportation as an issue and said its schools are working on it.

"Lack of reliable personal or public transportation is one of the many nonacademic barriers that impact community college student enrollment and completion," said Elizabeth A. Bolden, its president and CEO. "Community colleges continually seek to improve access, in this case by working with local transportation organizations to negotiate free and reduced rides for students. Many also operate college-based aid programs through which students can access subsidized bus passes or request emergency financial assistance in the form of gas cards and other transportation-related assistance."

At Montgomery County's college, VanDyke said that transportation has not been raised as a barrier but that college officials are ready to help connect students with any needed support.

Delaware County Community College also said transportation has not been raised by students as a problem. Its campuses in Delaware County and its Exton campus in Chester County have public transit access, while its Downingtown site and its Pennocks Bridge Center in West Grove do not. Spokesperson Anthony Twyman said students who get off at the Downingtown train station have to find a way to campus. Students must go by car to the Pennocks campus, which is in the middle of farmland, he said.

The college in 2020 began offering free shuttle service among its Delaware County campuses and it provides students in financial need with SEPTA Key cards and Uber rides, he said.

Community College of Philadelphia benefits from Philadelphia's extensive public transportation system. The college surveyed students who were enrolled in spring of 2021 but didn't return in fall 2021, asking for the reason, and found that transportation was ranked near the bottom of the list, said spokesperson Megan Lello.

In New Jersey, Camden County College's four campuses are all well-served by public transportation, said its president, Lovell Pugh-Bassett, who added that students have not raised transportation as a barrier. The college also offers a shuttle service between its main campus in Blackwood and Camden City, and Camden City provides a shuttle that transports students to and from their neighborhoods, she said.

The college also is looking at developing a partnership with Uber or Lyft so that students can get discounted rides, she said.

"Maybe students need a ride from work," she said. "Maybe they got dropped off at work and need to get to class or back home."

Public transportation isn't the solution for all campuses. Rural campuses with no access for more than five miles at least are offering students access to education, Seldin said. But students are barred from using federal aid to buy a car when that might be what they need for reliable access, she said.

An extension of public transportation could be an answer in other places. In Pennsylvania, her group found that while 65% of campuses are within walking distance of a transit stop, an additional 22% are less than five miles away but not connected.

"We see a lot of opportunity," Seldin said.