The guy seems relatively calm from a distance. Young and thin, with dark-rimmed glasses and a flop of bleached hair, he sits straight-backed in his seat, occasionally rocking from side to side, eyes fixed on a computer monitor before him.

Closer up, it is a different story.

The fingers of his left hand flutter rapid-fire across a keyboard — click-click-click — and his right hand, gripping a wireless mouse, jerks in sudden movements. Sean Cook is controlling a video-game character on the screen, guiding it up a flight of stairs and blasting away with a shotgun. He speaks urgently into his headset.

It is a Wednesday evening on the UC Irvine campus and the university is holding tryouts for its powerhouse esports team. Scores of hopefuls have been whittled down to 10 finalists — recruits, walk-ons and a few returning players — invited to a four-hour marathon, an all-or-nothing battle for eight spots on the roster.

His angst is understandable.

Esports — video games as competitive sport — have become a big deal for more than 170 universities fielding teams across North America. This isn't quite NCAA football or basketball, but Irvine has a coaching staff and uniformed squads playing in leagues based on three popular games: "Overwatch 2," " League of Legends" and "Valorant." The Anteaters play their matches at a dedicated esports arena, a large space filled with row upon row of computer stations.

The stakes are considerable for students trying to make the cut because each starter receives a $6,000 scholarship and reserves get half that much. Additional thousands can be won at tournaments during a season that stretches from fall into spring.

Though Cook made the "Overwatch" team as a freshman last season, coaches have brought in new talent, so he must earn his spot again. In this game of combat between two squads of fantastical heroes, his specialty is a character that could not be more different from the 19-year-old computer engineering major at the controls.

"Roadhog" is brutish and fat with black-leather shoulder pads and a colorful tattoo emblazoned across his huge, naked belly. He excels at grabbing opponents with a hook, pulling them close, then firing that shotgun. Cook, dressed neatly in short sleeves, is hoping to ride him to victory.

"There are some really good players here tonight," he says. "It's not really a surprise that I have to fight for my position."

The worldwide popularity of video games has fueled an explosion in esports, with a proliferation of high school teams, a burgeoning college scene and an array of professional leagues where the biggest stars now attract seven-figure contracts.

Irvine administrator Mark Deppe anticipated this surge in 2015, when he was working as a campus event planner and studying for a master's degree in business on the side. Writing a class paper about Blizzard Entertainment, the Southern California company that created "Overwatch 2" and other games, he came upon an article.

"It said we had a huge esports community on campus," Deppe recalls. "There was a student club that had, like, 500 paid members. They were renting out a basketball gym for events and making money on it."

The last part was particularly intriguing to a man with his job description.

Every bit the young college administrator — clean-cut, casual — Deppe knew that other schools were forming official teams and that Irvine had already dipped its toe in the gaming world by offering a computer science degree in game design and development. He approached his bosses with a proposal.

"I just saw all these dots that were worth connecting," he says. "Esports were in a growth mode and UCI was a place that was already good at this."

The university approved his plan and named him director of the new esports program in 2016. Since then, Deppe has proceeded in calculated fashion.

Trying to diversify a male-dominated realm, he has succeeded in recruiting female players over recent seasons. Money has been another issue.

His teams rely on sponsorships from the likes of Oakley sunglasses and Rockstar energy drink but have needed some university support to compensate for a dip in outside funding because of the pandemic. It has helped that older administrators know about gaming from grandchildren who were avid players.

The school has also opened its UCI Esports Arena in the student center complex, just across from a food court. The 3,500-square-foot room is painted black, its windows tinted to cut the glare from outside. Anyone on campus can play there for a few dollars an hour; tables in the back, draped in blue and gold, are reserved for the team. Jerseys from past seasons hang on the wall.

While some programs at private colleges in the Midwest and East bill themselves as a gateway to the pro leagues, Deppe and his coaches recruit another subset of young gamers.

"People choose to come to UCI because they want to get a degree," Deppe says. "They're not motivated purely to go professional or play the game for 100 hours a week."

Team practice hours are limited and a minimum grade-point average is enforced. Irvine sells recruits on the idea of preparing for related esports careers in marketing, sales and content creation.

But that doesn't preclude the Anteaters from trying to win.

Phillip Rodriguez shows up early for tryouts, feeling edgy for reasons that have nothing to do with the game.

The political science major is well-spoken, obviously sharp. He recalls playing "Overwatch" endlessly as a kid, often at the expense of homework, but after high school and a stint with a low-level professional team, his priorities began to shift. Rodriguez boosted his grades at community college, then tried for something more.

Applying to universities, he wrote essays that revolved around his success in esports.

"Without a doubt, video games got me into UCLA," he says. "They got me into Berkeley, into Irvine, into every single UC school."

Playing at the college level can be starkly different from the pros. No long days at the computer, going from morning until late at night. No scrambling to get signed by a pro franchise and stick on the roster. At Irvine, the team schedules only four to eight hours of practice a week, plus competitions.

Players often do extra on their own, but anyone struggling in class gets a talk from "Overwatch" coach Michael Kuhns, followed by weekly checkups and a referral to university tutoring. As a last resort, there is the threat of suspension.

This transition proved difficult for Munkhdul Baterdene, who joined the team a few years ago and has now switched to the "Valorant" squad.

"For sure I played more than I needed to and it kind of tanked my grades," he says. "Balancing school and playing was probably the toughest part."

That wasn't a problem for Rodriguez, who quickly discovered something about college esports.

"We have a really interesting phenomena where people come in with a lot of pedigree and a lot of experience," he says. "They have that built-up skill and all that time commitment, so they're already leaps ahead of everyone else. And there's not much skill decay."

This dynamic has allowed Irvine to compete with rival programs geared toward preparing students for the big leagues. The Anteaters won a " League of Legends" championship in 2018 and, at last year's "Overwatch" national tournament, defeated Boise State and Bellevue before falling to eventual-winner Maryville in the semifinals.

Some Irvine players have dreams of turning pro, but Deppe wants his program to remain focused on creating "a really cool space where you have high performers who are able to balance gaming, a social life and an academic life."

The mix suits Rodriguez. After competing last season, he felt other interests continue to outweigh his passion for the game, prompting him to switch to team manager this fall. His duties now include scheduling practices, contacting other schools to arrange scrimmages and helping players with their financial aid. The job suits his goal of someday working in the front office of a major pro franchise.

So there is much to do on the night of tryouts. Blizzard released "Overwatch 2" this summer, revamping the game with new maps and reducing the team size from six to five. With players forced to acclimate, Irvine has postponed tryouts until the last moment.

Instead of conducting interviews and scrimmages over several days, coaches have squeezed the entire process into an evening, which puts pressure on Rodriguez to keep everything running smoothly. He is already thinking about filing scholarship papers as soon as possible.

First, however, the team must determine who earns those offers.

The arena is a blur of activity by 6 p.m., so many screens vibrating with the stuff of video games, bursts of gunfire and bright flashes. The scene is borderline surreal if only because everyone wears headsets, so there is no attendant racket, no din of pretend warfare, just chattering keyboards and small talk among staff at the front desk. Also, the occasional shriek when a player gets killed.

Tryouts begin with a glitch — log-in troubles — that Rodriguez must solve quickly as the candidates split into competing teams and take their places at the tables in back. Kuhns, Rodriguez and another team official sit at monitors too, watching the action and eavesdropping on team conversations.

"This is where we rely on our judgment," Kuhns says. Players will be rated on "the heroes they are playing, the communication they're showing between each other. And then it's the attitude."

In a game where teammates must coordinate their movements, deciding on the best plan of attack, interaction is vital and someone must take the lead. The experienced Cook assumes this "shot-calling" role.

"We're going to kite back and cool down," he tells his squad, instructing them to inflict damage from a safe distance. "Then we'll walk back."

When the moment feels right, he barks "Let's go" and pushes ahead, urging the others to take the offensive while he and his massive "Roadhog" hero draw enemy fire. He hollers: "This is winnable. So winnable."

The play continues for hours, teams trading wins and losses, coaches shuffling the lineups to test different combinations. By late evening, with the last round completed, players head home knowing they must wait until morning to hear the news.

Team officials gather to chew over their decision which, in the end, isn't quite as difficult as they anticipated. They agree across the board on which eight players to select, though there is some debate over who gets the more-valuable starting roles.

The next day, Kuhns makes his phone calls.

Two members of last season's team fall short of returning, but there is better news for Moebest, who earns a substitute spot. "I was purely in shock," he says. The $3,000 will spare him from looking for a part-time job this fall. Cook also makes the roster.

The gamer considers this gift of community — and the scholarship money — a reward for spending all summer honing his skills and adapting to the "Overwatch 2" sequel. Within days, he and "Roadhog" are back to grinding in practice, preparing for a new season. 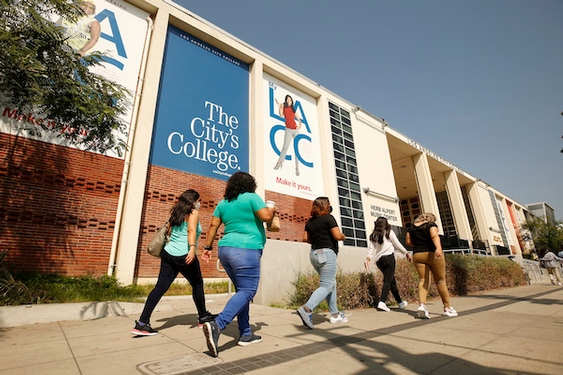