Isaiah Collier, the top basketball recruit in the country, commits to USC 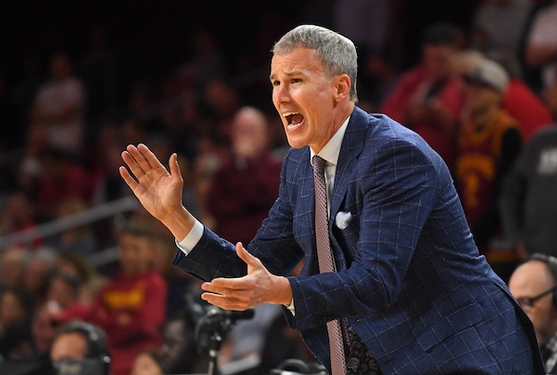 USC head coach Andy Enfield yells from the sidelines in the second half against the Arizona Wildcats at Galen Center in Los Angeles on Feb. 27, 2020. (Jayne Kamin-Oncea/Getty Images/TNS)

The nation's No. 1 basketball recruit is once again headed to USC.

Five-star point guard Isaiah Collier chose the Trojans on Wednesday, handing USC and its coach, Andy Enfield, another monumental victory on the recruiting trail, where the Trojans are now certain to sign a top-10 recruiting class for the second consecutive year.

Collier is destined to be the crown jewel of that group, a 6-foot-4 point guard from Georgia capable of conducting USC's offense from Day 1. He told ESPN in announcing his commitment that the "family atmosphere" he felt at USC was a deciding factor in his decision to pick the Trojans over Cincinnati, UCLA and Michigan.

For Enfield, signing a five-star facilitator for USC's backcourt makes a major statement. In recent years, a parade of top prospects — from Onyeka Okongwu to Evan Mobley to Vince Iwuchukwu — had cycled through the Trojans' super-sized frontcourt, while the backcourt remained barren of the same top-level prospects, built largely instead through the transfer portal.

Collier marks a major departure from that pattern, giving Enfield a point guard to build around for the first time since Jordan McLaughlin left the program in 2018.

For the coach to pluck that first five-star guard out of Georgia only makes the signing all the more impressive.

It wasn't the only major statement for USC hoops this week on the recruiting trail. Collier's commitment comes just one day after Sierra Canyon's Juju Watkins, the top women's prospect in the country, committed to USC, handing coach Lindsay Gottlieb her own major recruiting victory. 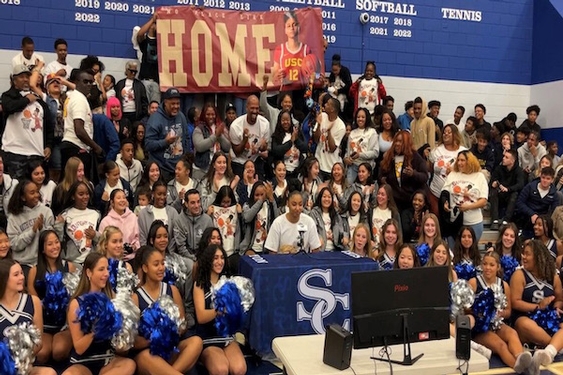