U.S. President Joe Biden delivers remarks on his work to rebuild manufacturing in America from the South Court Auditorium at the White House in Washington, D.C. on Feb. 8, 2022. (Yuri Gripas/Abaca)

The Biden administration asked the Supreme Court on Friday to lift lower court orders and clear the way for the Education Department to forgive millions of student loans.

At issue is whether conservative lower courts can block the program indefinitely.

In August, Biden said the government would forgive up to $20,000 in loans for qualifying borrowers, basing the action on a 2003 law that granted relief to those affected by war or a national emergency.

Both the Trump and Biden administrations cited the pandemic as a national emergency that justified a pause in loan repayments.

But Republican state attorneys general and conservative advocacy groups insisted the president did not have the authority to forgive $400 billion or more in outstanding loans.

Rather than wait months for a final ruling, U.S. Solicitor Gen. Elizabeth Prelogar filed an emergency appeal asking the Supreme Court to intervene and set aside the lower court orders. She said the judges had exceeded their authority by issuing broad orders based on a very thin claim of harm.

“The 8th Circuit’s erroneous injunction leaves millions of economically vulnerable borrowers in limbo, uncertain about the size of their debt and unable to make financial decisions with an accurate understanding of their future repayment obligations,” she told the court.

She said the conservative judges ignored the fact that there was no evidence the state or individuals would suffer any harm if some students had their loans forgiven.

A lower-court judge in St. Louis had dismissed the suit brought by the six states, ruling that none of the plaintiffs had standing to sue. The states contended that the Missouri Higher Education Loan Authority (MOHELA), a nonprofit entity that services student loans, could lose revenue if there were fewer loans, and the state could be required to make up the difference.

Prelogar said MOHELA is independent of the state, which “has no legal obligation to pay MOHELA’s debts.”

Nonetheless, a three-judge panel of the 8th Circuit Court said the state could suffer a potential loss and that was sufficient basis for blocking Biden’s plan nationwide.

The justices asked for a response from the states by Wednesday.

The case is Biden vs. State of Nebraska. 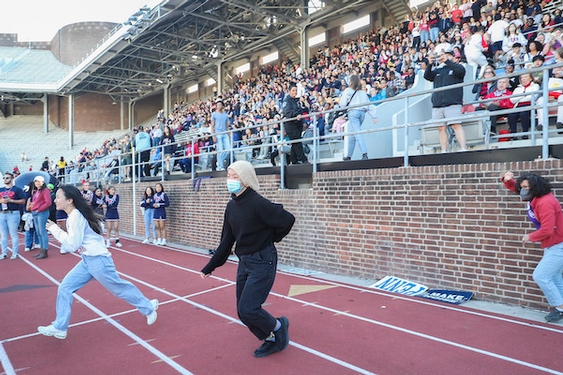