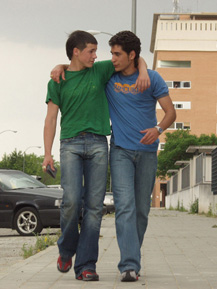 When the festival first came onto the scene 10 years ago, it was a small event tacked onto Latino Heritage Month, which featured 42 distinct films. Over the years the fest has grown and now, in 2006, the festival will showcase more than 140 films (a list of which will be available soon on www.latinofilm.org), as well as a number of popular programs and workshops.

This year's fest will also award the coveted Desi Arnaz Memorial Scholarship, a grant that was first given to an aspiring filmmaker in 2002.