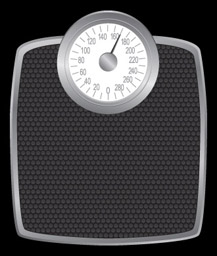 The first week of my training at Barry's Bootcamp is over. My official start with the Academy training program began on Monday, Oct. 2. I'm training five days a week at 8 a.m. The first two days of the week were absolutely deadly. I still felt like I was going to have a heart attack right on the treadmill.

As Wednesday rolled around, thoughts of my potential demise gave way to my belief that I could possibly do this. The classes have been absolutely intense. However, day after day, the same faces keep showing up along with some additional veterans.

The instructor at the helm is Barry Jay himself, the director of the Bootcamp's curriculum. Part instructor, part motivator with a great sense of humor, Jay brings wit to class that I haven't seen before. The old adage, “you're killing me with laughter” can somewhat be said here.

As Jay drills his students into shape, he continuously adds a little comic relief. Does it make the class go faster? Absolutely not, but it certainly doesn't hurt.

My reflections over the past week are many. As I mentioned last week, I would not take off my shirt to expose by bulging stomach. Well, that didn't last long.

On Monday , I was dredged in sweat and breathing so heavily that I just said, “Fuck it,” and whipped off the shirt. The rest of the class was spent working out with my stomach exposed. I could've care less what people thought at this point.

Tuesday's session featured the most, how could I say, sexually explicit rap music I had ever heard. It was so graphic, that if the FCC regulated music in gym facilities, Barry's Bootcamp would be looking at record-setting fines for obscenity.

But it worked, the music added to the excitement and got me through the sessions. I must say, I was wondering what was going to come up next in Jay's well-crafted music selections.

Teacher's pet? Yes, I discovered three last Wednesday . You know the type I'm talking about. Remember, back in the day in school, the girl and guy who would continuously raise their hands to answer questions and would be called upon by the teacher because, quite frankly, they did know everything and were the best in class.

Well, I've pinpointed three ladies who fall in this category. All three are in extremely great shape. On Friday, I had the pleasure to run next to one and she just smoked me. We were doing a 30-minute run on a 15 degree angled treadmill and I was holding my own until the 15-minute mark.

As we ran on, my performance went from a jog, eventually to a walk to the point I was hanging on to the bar of the treadmill for my life. I had four women to the right of me and four to the left of me and I can honestly say I was having the hardest time of them all.

At one point, Jay called out on the mic, “Come on, Sean, keep moving. You're representing up there.” Meaning, as a guy I needed to get myself in gear to keep up with the girls or lead the pack. For some reason, I don't see that happening anytime soon.

I'm being transformed. That's right, it is just like the animated superheroes, the Transformers; but it is real. I have been placed in a transformation program at Barry's Bootcamp where my progress will be documented by the gym's general manager.

On Thursday of the first week, I went in for my measurements and it didn't look too good. Here is the breakdown: Weight: 203 pounds; Chest: 44 inches Waist: 43 inches (no, this is not a mistake); Bodyfat: 28 percent.

Saturday night, I watched Jarhead on cable. Jake Gyllenhaal is the star of the film. Man, he was in great shape for that movie. Guess where he trained to get in shape for the film? Barry's Bootcamp.

Look for my column next week.

Sean's goal is to lose 25 pounds by Dec. 1. For every pound Sean loses, Campus Circle will contribute $100 to the L.A. Mission.

Check out Barry's Bootcamp at www.barrysbootcamp.com and visit the Los Angeles Mission at www.losangelesmission.org .