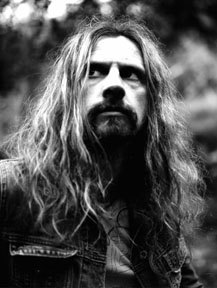 Rob Zombie has always been known for his music, but in 2003 the rocker became known for his unique cinematic vision when he released the cult hit House of 1000 Corpses . Its sequel, The Devil's Rejects , was hailed by critics and fans alike for its uncompromising and wildly inventive, exploitive, throwback style, and officially put Zombie on the map as one of today's most visionary filmmakers.

Zombie says he's excited to be a part of the show, which will give moviegoers the chance to see some lesser-broadcast flicks.

“These are films people don't get to see a lot, like the silent movie The Unholy Three ,” Zombie states. “The network hasn't been very restrictive in what airs – basically it's whatever they have the rights to.”

Zombie's a natural fit for the late-night series, as he's quickly becoming Hollywood's go-to guy for all things horror related. Fans can also catch him Oct. 29 and 31 on Starz in its latest production, Going to Pieces: The Rise and Fall of the Slasher Film . Last June it was announced that Zombie would be taking over the helm of the Halloween franchise, serving as writer, director, music supervisor and producer of the newest Michael Myers flick.

Set for an Oct. 19, 2007 release, Zombie says the film will not be a sequel to the past Halloween installments but rather an entirely new take on the legend, and should please fans of the classic Halloween legacy while at the same time beginning a new chapter in the Michael Myers saga.

“When a movie is good it's good – its content, its style, it doesn't matter,” Zombie replies when asked what changes were in store for one of Hollywood's most popular horror franchises. “But I do like films that are more character-driven versus violence-driven. While that might sound weird to some people, if you look at The Devil's Rejects, it's not just one torture scene connected to the next. There are characters driving the plot.”

Although that might sound ludicrous to those with weak stomachs who sat through Rejects (which won Best Horror Movie and Most Vile Villain at Spike TV's Scream Awards 2006 and Killer Movie and Relationship From Hell at the fuse Fangoria Chainsaw Awards), obviously there are some people out there who see his point. After all, how else could he have signed one of Hollywood's most well respected actors, Oscar nominee Paul Giamatti, to his upcoming film The Haunted World of El Superbeasto ?

The adult-oriented cartoon, which also stars Danny Trejo and Zombie's wife Sheri Moon Zombie, is due out May 10, 2007 and follows the adventures of El Superbeasto, a “washed-up Mexican wrestler” in the mythical world of Monsterland.

“Being an animated film, the movie has definitely challenged my patience,” Zombie admits. “The animation process is so slow it's painful.”

Nevertheless, Zombie says he is pleased with what he's seen so far of the film, and plans to release an unrated version of the movie for DVD in addition to the theatrical R-rated cut. Whether or not Superbeasto receives the cult-like following his two previous films have remains to be seen, but Zombie says he definitely has a feeling when something's going to achieve a cult-like status.

“While you can never really predict the success of something, you do have a general feeling,” he explains. “When you make a film like The Devil's Rejects that's so out there, audiences are going to be polarized. If people leave a film just saying, ‘it was OK,' that movie will never receive a cult following. But when you have one guy leave the theater saying it was the worst thing he's ever seen and someone else saying it was the best thing he's ever seen, then you've got something.”

With his new gig as the host of “TCM Underground” and two films in the works – not to mention his successful music career – there's no doubt in anyone's mind that Rob Zombie's definitely got something.