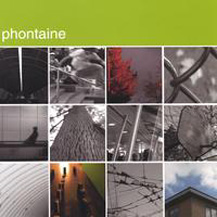 Originally from Brighton – home of Fatboy Slim and known as "London-by-the-Sea" – Grant Baldwin, aka Phontaine, was actually raised in Vancouver, with his self-titled debut album as refreshing as a warm bath for the ears.

"I listen to tones and timbres before notes and arrangement," says Baldwin. This comes across clearly on the disc – a multi-purpose and subtle mix of dance, electronica, ambient and jazz, looking far up and above the dance floor.

Phontaine’s structure and moods are cinematic too, reminding listeners of eclectic film composers like Simon Fisher Turner and the Sasha and Digweed "Northern Exposure" series from a few years back. It’s no surprise when you find that he had a track in the IMAX film Sacred Planet – a rare privilege.

Expect more on the way from this eclectic artist.