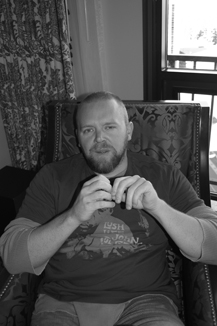 Be prepared. Joe Carnahan's next film Smokin' Aces will leave you on the edge of your seat. Campus Circle caught up with Carnahan in Lake Tahoe for a sneak peak of the upcoming March 2007 release.

The film stars Jeremy Piven as Buddy “Aces” Israel, a sleazy Las Vegas magician who agrees to turn state's evidence against the Vegas mob. As you can guess, the mob can't have any of that, so it puts a million-dollar bounty on Israel's head.

This brings out the worst of the worst: a medley of ex-cons, deadly vixens, thugs-for-hire, bounty hunters and double-crossing mobsters looking to cash in on Israel's death. All converge at Israel's penthouse hideout in Lake Tahoe for a free-for-all of non-stop shootings and killings.

The blue collar-esque director Carnahan does a great job pulling together a series of bloodbath action sequences with his wacked-out cast of characters – including a bizarre set of siblings known as the Tremor Brothers. Piven is superb as the sleazy Israel while Ryan Reynolds and Ray Liotta turn in solid performances as the FBI agents who want to get to Buddy before the assassins do.

Alicia Keys, Andy Garcia, Ben Affleck, Common, Steve Zahn and Taraji Henson make up the remainder of this well-rounded cast. There are a couple of cameos that will blow your mind but keep your eyes open for the “Karate Kid” and grandma. This twosome could have a movie of its own.

Carnahan's script has the character development, twists and plots that will satisfy any Quentin Tarantino fan. He has drawn from his extensive cinema history to craft an action-packed, adventure comedy that will not give you a moment to leave the theatre.

Load up on your popcorn and soda beforehand. And, as for stepping out to use the bathroom during the film, forget about it.