By Deanna Ting
It's not uncommon to douse ourselves in the namesakes of our favorite fashion labels or favorite celebs. Everyone's doing it – and smelling awfully alike.

If British furniture designer Clive Christian had his way, we'd go back to 1872. It was a time when corsets, not airbrushing, gave ladies their desired figures and a fainting spell to boot.

The quickest way to revive them? As one royal corset-maker's son found out, all it took was a whiff of his potent lavender-based smelling salts. Thus was born the Crown Perfumery, England's oldest perfume house so named for its royal ties to Queen Victoria.

Fast-forward to 1999: the once internationally successful and celebrated brand is drowning in a sea of less expensive and more heavily marketed eau de parfums and toilettes. Enter millionaire design mogul Christian. He purchases the floundering Crown Perfumery, hoping to revive its reputation and sales.

Seven years later, the Crown Perfumery is no longer holding its breath. Christian has evolved its old-world aesthetics and traditions into solid profits. All it needed was a return to the basics – using the best ingredients money can buy and the olfactory sense to appreciate it.

While Christian discontinued production of the original Crown Perfumery line in 2002 because of poor sales, his Clive Christian collection of three men's and women's fragrances is just as posh. Among them is No1, “the world's most expensive perfume.” At approximately $2,350 for a 30mL crystal bottle – accented with a single white brilliant cut diamond –I'd have to agree.

What exactly makes this perfume so costly? It's simple: supply and demand. “Each year, only 1,000 bottles of No1 for Women and 1,000 of No1 for Men are released, and there is always a waiting list,” says Christian.

Mother Nature also plays her part. “Production happens just once a year and because we use triple extract natural ingredients, we are subject to the laws of nature,” she explains.

In No1, basenotes of vanilla and sandalwood, topped with pineapple, jasmine and bergamot, produce an aroma that distinguishes itself from any synthetic counterpart. No1 is powerful, too; the tiniest spritz lasts the entire day. The other scents, “X” and “1872,” are just as opulent.

Could a bottle of perfume really be worth that much? It all depends on how much one is willing (and able) to spend.

For both Christians, truly fine fragrance has no budget. For them, perfume is not just a business enterprise, but a shared family passion. Says Victoria: “Perfume holds your memories, and others' memories of you. It is such a personal expression of your soul, your personality.”

For those who share their sentiments and will benefit from an ample holiday bonus, consider the chic Traveller Set – a black satin-lined box containing miniature bottles of No1, 1872 and X – at a much more affordable $285. 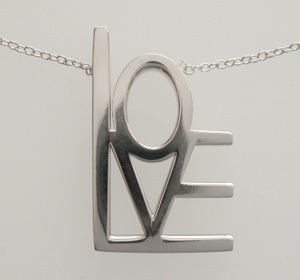 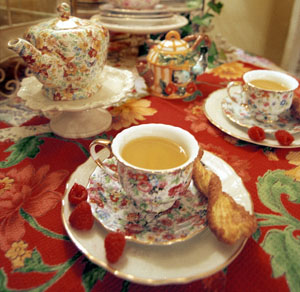 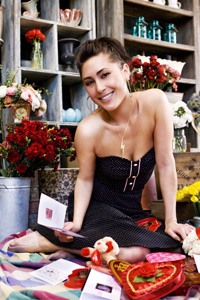