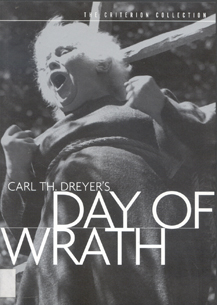 Born in Copenhagen in 1889 to a Swedish farmer and his housekeeper, Carl Theodor Dryer would eventually emerge as one of filmmaking's greatest achievements.

After spending much of his early life in foster homes, Dryer eventually began writing celebrity profiles and tabloid articles in order to make money. His job as a journalist helped connect him to the entertainment industry, which he officially became a part of in 1918 when he directed his first film after writing 23 screenplays and editing a handful of other projects.

On Dec. 1 and 2, the Los Angeles County Museum of Art (LACMA) will screen two of Dreyer's most recognizable – and most acclaimed – films. On Friday, the evening will begin at 7:30 p.m. with a screening of Vredens Dag (Day of Wrath) , which was shot during the Nazi occupation of Denmark in 1943. It will be followed by Ordet (The Word) at 9:30 p.m., a film which was released in 1955 and won the coveted Golden Lion at the Venice Film Festival. On Saturday, these films will be shown once again, in reverse order.

LACMA is located at 5905 Wilshire Blvd., in Los Angeles. Screenings are $9 or $6 for students with ID. The films in the series are not a double bill. In order to see both films, a $5 charge will be applied to the screening of the second film. For more information about this or any upcoming programs, call (323) 857-6000 or visit www.lacma.org.