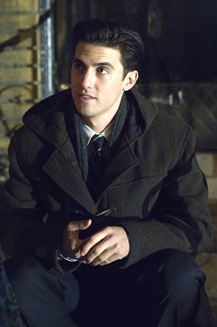 The Rocky saga has become such a deeply embedded part of American pop culture zietgeist and national conscience that it's hard to imagine a world in which the story of “the Italian Stallion” wasn't known by everyone. Such was the case back in the mid-'70s when Sylvester Stallone, then an actor/screenwriter who fought tooth and nail to play the lead in this boxing film, got the greenlight to shoot his film.

Lore and bank statements maintain Stallone only had about $100 to his name when the latter unfolded and the rest, as they say, is history. In addition to becoming an international cinematic phenomenon in ticket sales, Stallone had a sleeper hit on his hands. The film went on to earn 10 Oscar nominations and garnered the Best Picture statue – over iconic films like Network and Taxi Driver – all of which fitfully vindicated Stallone's vision of what the film could become.

Fast forward three decades to present day as Stallone closes the final chapter on the fighter who crawled out of the sewers of South Philly and into the upper eschelons of the sport he loved. In Rocky Balboa , the story's thread finds the former champion well beyond the glory days heralded in the previous Rocky installments.

These days, the ex-fighter spends his evenings reliving his past by telling old boxing tales and anecdotes to the patrons in his restaurant, Adrian's, named in honor of his late wife whom he still profoundly mourns. His son, Robert, Jr. (Milo Ventimiglia), also has emotional problems brought on from living in the long shadow his famous father's past seems to cast over everything he tries to accomplish. In short, “Baby Rocky's” trying to figure his own life out and would rather not get help from his pop.

Well past his prime, his body and fists shredded from years of fighting in the ring, a humbled Rocky tries to keep his pride alive by remembering the good old days with Paulie (Burt Young) his only real friend in the world and Adrian's brother. In his heart of hearts, Balboa knows that he's got one last boxing match left in him; he's still a fighter.

After launching his career with supporting roles on TV shows like “The Fresh Prince of Bel Air,” “Sabrina the Teenage Witch” and a recurring role in David E. Kelly's “Boston Public,” Ventimiglia officially made his thespian bones when he joined the casts of two critically-acclaimed small-screen shows: “American Dreams” and “Gilmore Girls.” In Balboa , however, the breadth and scale of the role he had to play presented a real dichotomy.

“It was frightening and exciting all at the same time,” Ventimiglia recollects. “When you first come on the set it's literally like ‘oh my God, I'm in the room with Sylvester Stallone,' but he disarms you ... he makes you laugh and … he created a world of comfort.”

Ventimiglia shares, “Actually after my audition, I met Sly. I had just moved back from New York and I had gotten into a car accident the night before. I remember driving away in my fully dented up car. About two hours later, I got a phone call from my agent and he's like [starts humming “Gonna Fly, Now/ the Rocky Theme”], and I was like ‘did I get it?' And he was like, ‘yeah, you got it! You got it!'”

With the first major obstacle behind him it became time to get down to brass tacks. As Ventimiglia maintains, this resulted in a little on-the-fly mentoring from his fictional father-figure.

“I think I had the good fortune to watch Sly, the artist – to truly watch him – in all arenas. As an actor, not very many people get to see him turn that character on and they don't understand that he's playing a role. To read the script that he wrote and to see him composing the shots – I took it as an opportunity to quietly watch and observe someone that created [and] knew this world so well and, at the same time, [was] comfortable enough to where, if I had ideas, I could go up and talk to him,” the younger actor says of working with the veteran.

All of that stated, one wonders about the choices that Ventimiglia used to create his version of Baby Rocky (which has been played by two other actors in the past). Apparently, according to the rising talent, an artistic revelation was in the offing.

“We were sitting in [Stallone's office] before we started the film, talking about individual scenes and [a] particular [one-on-one] scene came up ... Sly said to me, ‘It's not about how hard you can hit. It's about when you get hit, can you keep moving forward',” Ventimiglia reflects with a wistful smile.

It's funny to see that line, literally, at the top of the trailer. I know that both Sly and I were welling up [with emotions] because there was so much coming to a head at that moment. So much importance on that one conversation ... that's going to serve as a starting point for where this father/son relationship goes.”

So, what's around the corner for Ventimiglia? The actor cuts straight to the chase with his role in NBC's acclaimed drama series “Heroes” on which he portrays Peter Petrelli, a male nurse and a politician's younger brother who is plagued by nightmares that he can fly. Petrelli's one of a group of people who discover that they possess super-powers and abilities.

“If I were to say how surprised I was at how well the show is doing, I would probably look like an idiot. From the first reading of the script, I was blown away by it,” the actor states and concludes with a spinning question mark of his design. “If you were blown away by what has happened in the first season, you'll really be blown away by what happens in the second. There's a bit of fairy-dust sprinkled on and you're like “are they really going to do this? Oh my God, they just did it.'”

Rocky Balboa is currently in theaters.