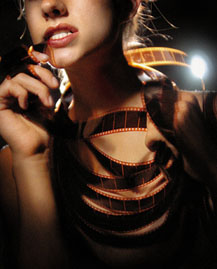 That could be the art-film circuit’s new slogan as explicit sex has returned to the big screen with a vengeance.

Never mind that U.S. broadcast companies and the Federal Communications Commission continue to act as if Janet Jackson’s Super Bowl "wardrobe malfunction" marked the end of civilization as we know it.

Never mind that politicians continue to tout their "traditional values" by treating the entertainment industry like a piñata.

The cinema is in the midst of its own sexual revolution, flouting taboos and exploring sexuality more brazenly than ever, even if American filmmakers have been slow to pick up the mantle and explicit sex remains an anathema to mainstream theater and video chains as well as the Motion Picture Association of America.

You know something’s going on when one of the Oscar season’s most anticipated films is a biopic about sex researcher Alfred Kinsey.

You know something’s going on when veteran shockmeister John Waters takes an NC-17 movie about sex to the Toronto International Film Festival, and it comes off as the festival’s tamest take on the subject. Sure, the characters talk and gesticulate nastily amid the one-note campiness of Waters’ A Dirty Shame, but other films on the horizon are confronting viewers with the real thing.

It’s as if the cultural wars have exploded in incoherence: outrage over an exposed breast sandwiched between ads addressing sexual dysfunction.

"One can argue that over the last three years, there’s been this kind of paranoia and conservatism in the world, and artists always thrive when it’s a little repressed," said Canadian director Clement Virgo, who just completed filming the sexually explicit Lie with Me for ThinkFilm. Yet at the same time, "on the TV you see an ad talking about ‘if you have an erection for more than four hours.’ People are talking about this openly now."

Grazer added: "If you’re going to spend the time or money to make a movie, and you want it to be sexually charged, you’re forced to go further because we’ve become somewhat sexually desensitized. Every poster and television ad, you get on the Internet, and it’s clogged on pornography. I think if a filmmaker wants to have impact or shock you – and that’s what movies have to do – you have to find original images that shock."

Often these are sexually graphic images transplanted from the low-rent aesthetic of pornography into the highbrow world of art films. 9 Songs, a Toronto premiere from prolific British filmmaker Michael Winterbottom (Welcome to Sarajevo, 24-Hour Party People), is almost completely composed of explicit sex scenes between a rather vapid young couple intercut with concert footage of Franz Ferdinand and other rock bands. The idea is to show a relationship’s arc through its sex, though it more convincingly shows a relationship’s sex (and its many varieties) through its sex.

Anatomy of Hell will follow other explicit Breillat offerings such as Fat Girl and Romance to Chicago in November, the same month that The Raspberry Reich opens there. And although A Hole in My Heart, with its repellent shots of vaginal surgery and abusive sex, prompted numerous walk-outs in its Toronto press and industry screening, Newmarket Films, the distributor of The Passion of the Christ, announced last week that it had acquired the movie for commercial release in North America.

Meanwhile, much of the modest $224,000 gross that Vincent Gallo’s The Brown Bunny has racked up is no doubt due to actress Chloe Sevigny’s well-publicized oral-sex scene with the star-director.

"I’m all for it," Waters said of the drive toward explicitness. This is the filmmaker, after all, who had Divine doing a Chloe Sevigny on her character’s son back in 1972’s Pink Flamingos. "Eventually when finally two Hollywood stars do penetration for real, maybe that will end the MPAA. That’s the only thing left. That will happen."

Sex is no stranger to the cinema, as early ’70s films such as Bernardo Bertolucci’s Last Tango in Paris and Nicolas Roeg’s Don’t Look Now portrayed the act with striking candor. But, myths about Don’t Look Now aside, these actors were acting.

Presenting her new film in Toronto, Breillat took credit for the trend. "I’m the explanation, the fact that I’ve been making my films for over 25 years," she said. "It’s gotten to the point where any new French directors, in their first film, it’s almost a necessity to prove themselves by including a very violent sexual scene."

Sex has become such a non-issue overseas that Moodysson said the Swedish government provided most of the funding for A Hole in My Heart with full knowledge of its content. That Europeans are willing to finance sex-themed movies – and that these movies have found ways to make money in the U.S. – has not gone unnoticed on this side of the pond.

John Cameron Mitchell, who directed and starred in his musical Hedwig and the Angry Inch (2001), said that investors have been "scared" of his planned next film, Shortbus, a comedy that will depict actual sex. But he sees The Brown Bunny as turning the tide.

"It is funny that the sexual zeitgeist has finally hit North America because it’s been in Europe for a while," Mitchell said. "We’re finally getting some money in."

Who’s investing? "Our first money has come from European foreign-sales companies," Mitchell said, "and I expect the rest will be more adventurous people with money rather than film companies in North America."