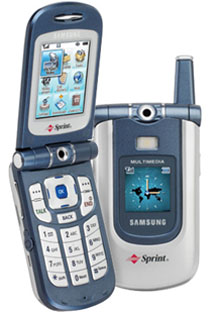 The film Cellular puts a mobile phone at the center of a movie. Coincidentally, directors are trying to put movies into cellular phones.

We’re not talking 90-minute thrillers starring the likes of Kim Basinger and William H. Macy. A mobile movie is a smaller, two-minute affair meant for audiences on the move, not captive cinephiles.

Like a TV ad in the age of TiVo, cell phone cinema has to hold your attention before your mind jets off to do something else with your phone, such as surf the Web, check your e-mail or, gasp, make a phone call.

It takes a new approach to telling stories. Not surprisingly, there are film festivals dedicated to movies made for cell phones. Later this month, World’s Smallest Film Festival – London will be the latest put-on by BigDigit, a Los Angeles-based aggregator and distributor of mobile entertainment.

It’s not just movies on the smallest screen. TV sitcoms, news shows and sports highlights already are being beamed to cell phones. And there’s more to come.

On the surface, cell phone cinema and shows resemble the media they descend from: movies and television. You see and hear people delivering dialogue. But while those screens try to involve you in a world that’s as big as life, mobile movies are quick diversions; who’s in the mood to watch Dostoyevsky during the morning commute?

No time to develop character. No room for special effects. Not enough screen resolution for moody shadows or shades of meaning. When it comes to making films for the 2-inch cell phone screen, filmmakers have to think inside the box.

"Just like with TV, you have to rely on close-ups," says Frank Chindamo of Fun Little Movies, a Los Angeles film and broadband production company providing comedy shows for cell phones.

"In this medium, we rely on more static shots, very much on movement within the frame, as opposed to quick-cutting shots: the opposite of an MTV video.

"The camera’s not going to jump around a lot, and because we don’t have camera movement, lots of scenery or quick editing, we have to rely on one thing more than anything else, which is writing."

These nuggets of entertainment have something in common with the best of TV ads, which put a twist on the familiar formula of presenting a problem, offering a solution and showing the benefits. Creative ads do more than say, "Got underarm odor? Get this deodorant and get the girl." Similarly, mobile movies have to propel the viewer through a story’s beginning, middle and end without giving away the payoff.

Further constricting the medium are the mobile phones and the networks they operate on. They aren’t all ready to stream video at a broadcast-quality 24 frames per second. For instance, MobiTV, which provides television content to Sprint PCS phones that have MobiTV subscriptions, broadcasts at one to two frames a second, coming across much like a slide show with a seamless audio track. Sprint recently unveiled its Samsung-manufactured A700 multimedia phone that can pump out MobiTV video at six to eight frames per second, showing that handset makers are gearing up for video.

That’s happening as carriers continue shelling out billions of dollars to upgrade to broadbandlike connection speeds.

In the meantime, film festivals showcase directors who can work in the tiny format, drawing the attention of aggregators who make the deals with the cell phone carriers that bring mobile movies to a device near you.