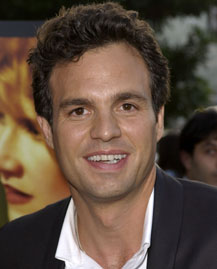 On any given Friday, their names turn up on the posters at the neighborhood cineplex – at the bottom, billed well after the stars.

They’re the cop mistakenly tracking down the hero, the good-looking eye candy in the middle of an ensemble, a victim or the heroine’s love interest.

Unless, of course, they find a home in an indie drama or comedy. Then, they’re the lead, the star. Maybe even a producer, because their name, such as it is, got the movie financed and released.

They are the nonleading leading men, movie stars with the talent and good looks to be top-billed but who don’t necessarily choose to go that route.

Ruffalo has appeared on the screen almost constantly since breaking out in 2000’s You Can Count on Me. He’s in Collateral as a cop in pursuit of hit man Tom Cruise. He was Meg Ryan’s cop-love interest in In the Cut, and Jennifer Garner’s childhood sweetheart in 13 Going on 30.

But he’s the star and producer of We Don’t Live Here Anymore, an ensemble drama about infidelity in a small college town.

"I go to the material," he says. "Is it something that I’ve never done? Is the idea of doing this challenging? Is it meaningful to me? Do I have something to say about this guy?"

"You’re born with what you’re born with," says Josh Lucas, 33, the handsome blond actor still modest enough to blush at the mention of how tough it must be to do character parts with those "Paul Newman-blue" eyes. "What you make of that is up to the individual actor. I find the challenging stuff in indie films."

But in the indie world, he’s a star, either in an attention-grabbing role in last fall’s Wonderland, or the lead – opposite Christopher Walken and Michael Caine – in this fall’s Around the Bend.

Some actors are never in this boat. When you look like Liev Schreiber, John C. Reilly or Philip Seymour Hoffman, you’re instantly a "character actor." Others pursue that "character" label – think Jeremy Northam of Mansfield Park and Enigma.

Some cross over into classic leading-man roles in mainstream films. Jake Gyllenhaal (The Good Girl, The Day After Tomorrow) seems to be doing that.

A few almost flee the stardom that leading-man status might give them. Benicio Del Torro, Campbell Scott and John Corbett (My Big Fat Greek Wedding) fit that description.

Still others move into TV, such as Taye Diggs ("Kevin Hill").

Aaron Eckhart, 35, has the chiseled good looks of a surfer, which is what he was before he plunged into acting. He could be a classic leading man. But most often, when you see him, he’s a villain (Paycheck), the love interest of a female lead who is the focus of the story (The Missing, Erin Brockovich) or in an ensemble, as in The Core and the new thriller Suspect Zero.

But not in the works of his college buddy, the hot indie writer-director Neal LaBute. LaBute gave Eckhart his big break, as a loathsome "corporate male" cruelly toying with a vulnerable deaf colleague in 1997’s In the Company of Men. LaBute has put Eckhart center stage in a total of five films.

"You want to work with people you like," Eckhart says. "Sometimes, big studio films don’t give you that choice. That’s reason enough to work with Neal, or other indie filmmakers. You like them."

Eckhart laughs at the finances of doing indie work. He’s "not getting paid anything" for the upcoming indie drama Never Was. "But I’ve made a lotta money the last three years. And things like this you do to stretch. You do them for you."

Eckhart is on the lookout for a romantic comedy. He already has his beach house. So money isn’t the first consideration.

"Just one that works, that’s funny like the ones I grew up with, Bringing up Baby, those old Bob Hope films," he says.

"Hollywood always has had that surplus of leading men, striking young actors who never found a niche until they went to smaller films or television," says James Parrish, author of an upcoming biography of Katharine Hepburn. But today, if they’re "handsome enough, it’s much easier" rolling back and forth between small roles in major motion pictures, and "roles with more responsibility and exposure" in indie films.

These new leading men wear their indie credentials proudly. Eckhart says all his friend LaBute needs to do is call for him to sign on to another LaBute film.

"I get bored, just like the audience does," he says of mainstream films. "In these genre pictures, we’re not reinventing the sci-fi film, or the Western or the FBI and serial-killer movie. You have to know that if you’re not continually challenging yourself, I can’t think of a reason to get up and go to work."

Ruffalo loves the flexibility this new form of stardom gives him. He’s not getting rich, even though he’s working, right now, as a supporting player in a new Jennifer Aniston comedy.

But he has made his choice.

"It’s taken me from leading roles to supporting roles, bouncing back and forth," he says. "I don’t just do leads in indie films. Remember Eternal Sunshine of the Spotless Mind? That world is my home, even if Hollywood comes calling."