Patience Pays Off For: Test Your Reflex 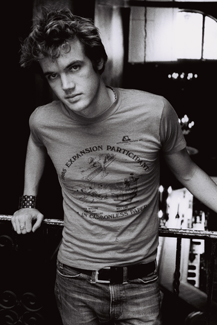 You sure don't want to hear those words when you're speeding down the road to success. A lot of bands have had to postpone their dreams for many reasons, usually of the unsavory type. But the situation was just the opposite for Test Your Reflex.

As good thing after good thing piled up for the band, they decided to do a little waiting for the sake of one of their members, and therefore for the entire band. The band's drummer, Sal Cortez, was until recently underage and unable to get into any of the nightclubs where the band now draws capacity crowds.

The Test Your Reflex story starts off in sort of an unusual place, the Thousand Oaks Teen Center.

“The Teen Center was the only place close to where we lived that offered a room for bands to practice in,” says lead singer Ryan Levine. “Since my first band in sixth grade, that was the place where we always practiced and some of the other guys, in other bands, were practicing there since middle school and high school. It was our home away from home and we did our first show there.”

That first show turned out to be a moment that Levine will never forget. “After a sound check we were just kind of hanging out when we decided to go outside and see if there were any people, and it was crazy. It was like a madhouse! A bunch of kids had shown up and we were really all kind of caught off guard. We weren't expecting a good turnout. Even to this day we talk about it as one of our favorite shows that we've ever played. We sucked, but it was still great; the energy there was really sincere,” he recalls.

Even though Levine thinks the first show was not very good musically, word of the band began to spread, and offers started coming in. Now realizing that they had something special, a decision was made to cool it until Cortez hit legal adulthood.

So day jobs were kept: Levine worked at a cleaning supply store, bassist Augustin Sanchez waited tables, keyboard player Andrew Ampaya worked at a barbecue joint, Cortez toiled at a carwash and guitarist R.C. had a gig at the zoo. The waiting period gave Test Your Reflex plenty of time to perfect their chops.

“It was a little bit of a slow start but it didn't really hold things up that much,” Levine reflects. “It was really just [one of] the normal things that bands do. We went into the rehearsal studio and we wrote for two years before we made the record. We wanted to make sure we had songs that we were happy with. We weren't going to put any throwaway tracks on the record.”

The fruit of those rehearsal sessions has ripened into the band's debut for RCA Records, appropriated titled The Burning Hour . While not jumping on any bandwagon, it is easy to hear why Test Your Reflex got big in a hurry.

The album's opener, “I'm not Sorry” has a vibe that recalls the spirit of U2 while cuts like “Thinking of You” tap into a sound that fans of My Chemical Romance will find familiar. The band has won accolades from Spin.com and Clear Channel's “Discover New Artists” series while “Pieces of the Sun” won a contest for video play on MTVU.

With all of this happening, it's hard to believe that Test Your Reflex was hesitant at first to play in L.A.

“We'd been kind of putting it off for a long time because we didn't want to go out before we were ready,” Levine says while recalling an early gig at the Roxy. “We love playing L.A. now!”

The Burning Hour will be available April 24. Test Your Reflex will perform April 19 at Galaxy Theatre in Santa Ana and April 20 at the KeyClub in West Hollywood.