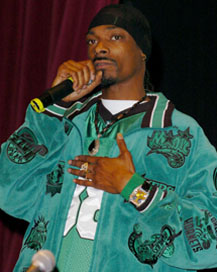 Don’t believe the hype about the disappointing youth vote this year.

Even as the polls closed last Tuesday, many pundits, bloggers and reporters were asking what happened to the much ballyhooed young voters who were supposed to turn out in huge numbers, prodded to the polls by MTV, the war in Iraq, frantic college registration drives and a close election. Some considered them a key swing vote that could help push Democratic Sen. John Kerry over the top.

But in the election aftermath, many commentators said that 18- to 29-year-olds were, once again, missing in action.

The truth is, by many measures, young people appeared to have rocked the vote as promised and showed up in large numbers – bigger even than in 1992, the last high mark for turnout among this group, according to widely cited and accepted estimates. It was the biggest turnout since 1972, when the voting age changed to 18 from 21, according to the Center for Information & Research on Civic Learning & Engagement at the University of Maryland.

"Turnout was awesome, to put it simply," said Adam Alexander, a spokesman for the New Voters Project. "We were hoping to turn out 20 million. And we hit 21 million."

Researchers at the Center for Information & Research on Civic Learning & Engagement estimate that 4.6 million more people under the age of 30 voted this year as compared to 2000, based on exit polls and early vote total results.

That means that the overall turnout of young people was 51.6 percent, up from 42.3 percent four years ago. In battleground states, it was even higher – at 64 percent.

So why were there so many wild inaccuracies slinging around?

People misinterpreted the numbers, said Carrie Donovan, youth director at the University of Maryland research center. Some news reports said that 10 percent of 18- to 24-year-olds showed up at the polls, when in fact 10 percent of the people interviewed in exit polls were in that age group.

Some election researches have also pointed out that while more 18- to 29-year-olds showed up at the polls, they still made up about the same percentage of the electorate – about 17 percent – as they did four years ago. That’s because more voters of all ages went to the polls this year.

Student organizers in Missouri and Illinois, many of whom had been drumming up excitement and actively registering students for months, were surprised by the erroneous numbers slamming the youth vote.

"We didn’t know where those numbers were coming from," said Teresa Sullivan, president of the St. Louis chapter of Project Democracy and a senior at Washington University. "The turnout here was really exceptional, from what we saw."

Young voters were more divided than some had expected. They chose Kerry 55 percent of the time compared to 44 percent for Bush. They were the only age group to prefer Democrats.

Curtis Gans, director of the Committee for the Study of the American Electorate, said he does not trust any numbers circulating about youth turnout, especially since the exit polls nationwide proved to not be very reliable.

Still, he does believe that young people on college campuses substantially increased their turnout in battleground states, where they probably helped make those races closer than they otherwise would have been, he said.

The best information about youth turnout, many experts agree, will come out next year when the Census Bureau releases its population survey that includes voter and registration information.