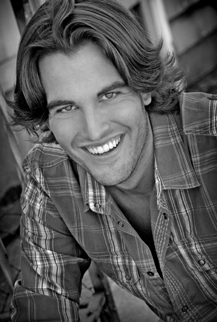 Northwestern University had everything Nick Shultz wanted – except the right degree.

So he designed his own.

Now, the 20-year-old junior is on his way to graduating with a degree in “Criminalistics,” a curriculum he mapped out to study law, political science, physical chemistry and psychology.

What does he propose to do with his one-of-a-kind degree?

“I want to do investigative fieldwork for national-security purposes, high-profile crime cases, especially at the FBI,” he says. “They investigate all the national crimes such as serial killers.”

Shultz is among a growing number of students who design degrees that stretch convention and by turn predict emerging cultural trends.

Today, he says, that number has nearly tripled.

The growth in such majors is an acknowledgment of “the increased need for people to solve problems using more than one discipline, especially complex social issues,” says Stuart Henry, director of the School of Public Administration and Urban Studies at San Diego State University.

Shultz designed his degree to respond to a specific career goal.

“I wanted to design a major where I would have a good sense of the law, the chemistry for crime scenes and the psychology for the mental aspects of the job,” Shultz says.

Historically, educational bureaucracies are slow to change, so individualized programs “are the spawning ground for new majors,” Newell says. “It's the students who try these things out first. It's a curriculum petri dish.”

Will Shortz was one of the first into the petri dish. In 1974, five years after Indiana University developed its independent study program, Shortz graduated with a degree in enigmatology, the study of puzzles. Shortz later went on to become the puzzle editor for The New York Times .

“The major did what any regular degree would do: It gave me an academic underpinning, and it gave me a credential,” Shortz says.

The program's studies can telegraph emerging fields of study and cultural interests. Gender studies and cognitive science departments both got their starts as designer programs, Hedin says.

Noting the growth in video technology, for instance, he says, “There's been a lot of talk about making video game design its own department.”

Margaret Lamb, director of the Individualized Major Program at the University of Connecticut, adds, “When students are clustered around an area of interest like human rights here, people take notice.”

At Indiana University, some students are pursuing degrees in civil theology, medical illustration, ancient languages and violin-making, to name a few. Until recently, the university even had a student majoring in entrepreneurial brewing, “but I think he drank himself out of the program,” Hedin jokes.

But don't mistake a self-designed major for a lack of rigor, Shortz warns.

“You have to be a self-starter to do this,” he says. “I just can't tell you how many hours I spent in the library, going through old newspapers. (An individualized major) is not something everyone can do.”