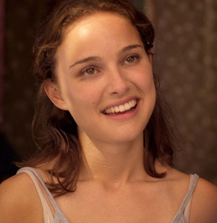 What do Natalie Portman, an extra-marital affair, two vampires, a clumsy Muslim girl, Gena Rowlands, a portly mime, Maggie Gyllenhaal on drugs, the ghost of Oscar Wilde, a stunning Asian girl in a blond wig and a suburban postal carrier from Denver have in common? They are just some of the many subjects portrayed in the hot new film, Paris, Je T'aime (Paris, I Love You).

In this masterpiece, 21 of the world's most celebrated and innovative filmmakers direct 18 individual vignettes, each centered around the various neighborhoods of Paris, France. This collection of short films accurately captures the beauty, sensuality, lust, loneliness and fun that the City of Lights has been renowned for throughout the years.

One after another, directors such as Gus Van Sant ( My Own Private Idaho ), Gurinder Chadha ( Bend It Like Beckham ) and Alfonso Cuarón ( Y Tu Mamá También ) – to name a few – contribute to the mix.

I was 5-years-old the first time I traveled to Paris with my family. The second time was when I was 17.

Although I have yet to revisit Paris as an adult, I still remember its streets and inhabitants. They are uniquely beautiful and unlike any others.

Paris, Je T'aime works on so many levels because it captures the pulse of this grand city. It's artistic, sentimental, sad at times and hilarious to boot. Just when I thought I'd seen the apex of storytelling or cinematic direction, the next story came along, and once again, I was left speechless.

Every vignette is wonderfully timed, not too long and not too short. Although this movie's total run time is about two hours, it never languishes or drags.

The directors each maintain perfect pitch and rhythm in their storytelling. The numerous performances are also fantastic. Among the list of talent are stars like Emily Mortimer ( Match Point ), Elijah Wood ( Lord of the Rings ), Ludivine Sagnier ( Swimming Pool ) and Catalina Sandino Moreno ( Maria Full of Grace ). These names barely tip the iceberg of gifted actors cast within the project.

Paris, Je T'aime is the coolest movie I've seen all year and is definitely in the top 20 great films I've seen in my life. This is what independent films used to be like when the genre was still pure.