Do You!: Russell Simmons, the hip-hopreneur Shares His 12 Laws to Access the Power in You 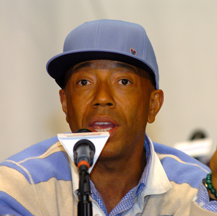 Why laws? The seed that eventually blossomed into this book was planted several years ago when I was asked to create a radio series based on the strategies for success that I had developed and observed in over 25 years in the entertainment business.

While I was flattered that people were interested in my observations, I'll also admit to being slightly intimidated by the prospect of sharing them with the world in such a structured manner. The strategies I wanted to share were derived from the struggles and experiences that had transformed me over a considerable period of time. And since I am still learning and growing every day, it seemed slightly premature to set them down in such a definitive manner.

But I also knew that I had come to a place where, when reflecting on my life's journey, I could see that there were particular laws and principles that had guided my professional and personal success. And more importantly, I had only been able to learn those principles because individuals from a variety of cultures had been willing to share the lessons that they had learned across the lines of global divisions and inspire me.

Reflecting on how much knowledge I had gained through the gifts of others is what ultimately committed me to sharing the changes I've made in my own life. While some people might have preconceived notions about which sort of principles power a “hip-hop” mogul, I wanted to make it clear that my purpose is defined by the power of giving back and sharing.

My hope is that after reading this book, you'll be more focused on what you need to do to get to a better place in life, both financially and spiritually.

Law Number Six: Surround Yourself with the Right People

No one can find success by him – or herself. When you pick the right team you'll always win.

One of the nicknames I've acquired over the years is “the Godfather of Hip-Hop.” It's pretty flattering, but also pretty far from the truth.

That's because to many, the term Godfather represents someone who's become powerful through ruthlessly manipulating the people and situations around him. In fact, the logo for the Godfather movies was a hand manipulating a puppet's strings.

I became successful because those people lifted me up . I didn't make a name for myself in the music industry, or the fashion industry, or in any industry because I was smarter than the people around me.

My successes have only been possible because I was surrounded by people who are smarter than I was . From music to fashion to television to movies to my personal life, anything positive I've experienced has largely been made possible by the people around me.

If you want to achieve your goals in life, you must Surround Yourself With the Right People. Having the Right People around you is such a crucial step toward finding any sort of success in this world.

You could break some of the laws in this book and it might take a while before they break you . If you don't have the right people around you, the consequences will be immediate and sometimes severe.

Whether it's in business or in life, it's important to not only find, but also to listen to, a person who's had more experience than you. I call these people “rabbis” (the Hebrew word for teacher) because, rather than be selfish with their knowledge, they are willing to share it and teach those who haven't had the same breadth of experience.

As I've said, I've received a lot of accolades over the years for my ability to build brands like Def Jam, Phat Farm, Def Comedy , and the Hip-Hop Summit Action Network. Without exception, every one of my successes has been spearheaded by someone who's not only interested in what I do but is more dedicated to that vision than I am. I might get the headlines, but the people around me are the heartbeat that moves me forward.

Reprinted by arrangement with Gotham Books, a member of Penguin Group (USA) Inc., from DO YOU! by Russell Simmons with Chris Morrow.

Do You! is currently available. Russell Simmons will appear at 6 p.m. on May 21 at Eso Wan Booksellers, 3655 La Brea Ave., Los Angeles.