Beach Towel Reads: Take These Books to the Sand This Summer 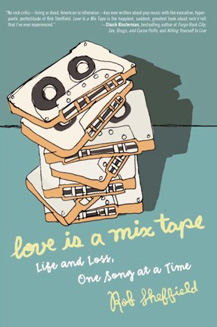 >Whether you're into music, death, flipping off eight-year-olds or Paris Hilton's (lack of) panties, there's something in here for everyone.

KILLING YOURSELF TO LIVE: 85% OF A TRUE STORY

In Killing Yourself to Live , Chuck Klosterman takes his readers on a road trip across the country with the sole purpose of visiting the locations where famous, and not-so-famous, musicians met their demise.

Though the purpose of his road trip is to try to figure out why it seems that dying is the best career move that a musician can make, Klosterman ends up discovering more about life than death. Along the way, he mingles with the locals near the location of the Great White fire in Rhode Island and explains how his ex-girlfriends are each like a different member of the band KISS.

Klosterman's writing style is at once intelligent and relaxed. It truly feels as though you're on the greatest three week road trip of your life with your best friend in the world; the only friend who understands that Rod Stewart has “the single-greatest singing voice of the rock era.”

LOVE IS A MIX TAPE: LIFE AND LOSS, ONE SONG AT A TIME

Rob Sheffield has crafted a beautiful memorial to his late wife, Renée, and a beautiful ode to the music that shaped his relationship with the most amazing woman he ever met. From the moment they met, Sheffield and Renée shared a love of music that would bond them tighter than anything else ever could.

They would make mix tapes for each other containing everything from Pavement to Big Star, R.E.M. to Tom Waits. Each of these tapes has a name, and each one of them takes us through a chapter in the simple, elegant love that these two had for each other.

It's the author's same love of and attachment to music that helps him survive after the sudden and tragic death of Renée. Sheffield's writing is so lyrical and loving that you find yourself falling in love with their love and wanting to make their mix tapes.

WE THOUGHT YOU'D BE PRETTIER: TRUE TALES OF THE DORKIEST GIRL ALIVE

The Idiot-girl strikes again! Author of The Idiot Girls' Action-Adventure Club , Laurie Notaro returns with true stories from the comic strip that is her life.

If you ever thought that you were the only girl that lost your mind over things as insignificant as telephone customer service reps, kids with stupid hair and skinny friends who insist they're fat, think again. Laurie Notaro is one of us.

There isn't a girl that couldn't relate to Notaro's stories. From the conspiracy theories that she tortures her poor husband with to the incident at the YMCA gym that ended with her flipping the bird to an eight-year-old boy, Notaro will have you laughing out loud at her antics.

This wonderful collection of true stories from the life of the funniest Everywoman around is sure to brighten up your day.

FEMALE CHAUVINIST PIGS: WOMEN AND THE RISE OF RAUNCH CULTURE

This summer, if you're sitting at the beach thinking, “if only I were more like Paris!” consider picking up this book. In an age where celebrities like Paris Hilton and Lindsay Lohan are flashing their goods all over town and sending young girls the idea that less clothing and more outrageous behavior is what gets women where they want to be, Ariel Levy is a fresh voice against this “raunch culture.”

These days young women seem to think that taking control of their sexuality means embracing things like the “Girls Gone Wild” videos. Levy discusses the history of feminism and why it makes absolutely no sense that instead of taking the next step forward from where our mothers' generation left off, we have somehow managed to take 200 steps backwards.

Do yourself a favor this summer. Instead of picking up yet another tabloid discussing what Britney, Lindsay and Paris are up to, pick up Levy's book and let's begin to re-educate ourselves.

The Alchemist by Paulo Coelho

The Informers by Bret Easton Ellis