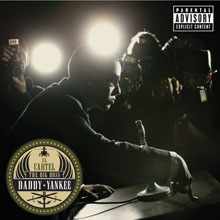 When they say an album will “drop” on Tuesday, they really mean it; at least in Daddy Yankee’s case. With a Latin Grammy under his belt, and the chorus of “Gasolina” ringing in every reggaeton fan and partygoer’s ears, Daddy Yankee’s new album, El Cartel: The Big Boss is as large as it sounds.

Known for his Puerto Rican-infused reggae songs that often blur the line with rap, El Cartel is Daddy Yankee’s attempt to get back to his roots in hip-hop. Every song unrelenting, there’s no doubt his experimentation with rhythms and genres elevates his contributions to reggaeton as a whole.

With guest appearances from the likes of Nicole Scherzinger of the Pussycat Dolls and Black Eyed Peas’ will.i.am, its eclectic incorporation of influences including salsa and R&B make the theme of this album truly global. El Cartel also features the popular original single “Impacto” as well as the remix featuring newfangled pop icon, Fergie.

While “Impacto” has coursed through radio waves in attempts to prepare for the album’s release, another showstopper is “El Jefe,” an effective teaser as the first song on the album, and reason enough to buy it. Its fist-pumping, undeniably catchy beats caused me to press repeat six times before reluctantly moving on to experience the remainder of the professionally constructed album.

As a spokesman for Red Cross in Hispanic communities, a volunteer for Corazon Guerrero Foundation helping high-risk teens and with a freshly-inked Reebok deal in which he will become the first celebrity face for their custom sneakers, Daddy Yankee is finally getting his; and graciously giving it right back.