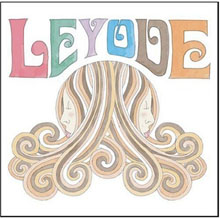 “Dirty south-film-score-pop!” is how Leyode describes its sound; and you have to appreciate the sentiment. As Elvis Costello said, its aim is true: Fascinating Tininess’... catchy taglines and tastefully decorated album cover drew me to the CD amidst a literal heap of others.

Leyode is the product of Yusuke Hama’s song composition and Laurel Wells’ chime-like voice. Raised in varying artistic and musical upbringings, the duo’s album is spotted with guests that lead to a spattering of aural delicacies and differentiations.

Hama’s roots in classical violin and piano training works in combination with Wells’ jazz conditioning and vocal experiences from Athens to Atlanta. A subtle mix of cinematic grandiose with campfire quaintness, Leyode’s album is fittingly titled (the ellipsis really is part of the title).

Although the songs are more appropriate for an evening of quiet reading or journal writing, the soothing nature of the album is not to call it boring, but rather, less than dynamic. The group says so itself as its music is described as “scenic beats,” serving exactly that purpose of establishing a landscape that, although spacious and beautiful, relies greatly on the listener’s mood and interaction with the music to prove moving or effective.

Conceived from an experimentation involving French new wave film clips, Leyode takes you on a slow-motion escalator through the emotional phases of your life you never even knew you missed. With electronic-infused mixes of soft vocals, dissonant chords and an abundance of song samples, this twosome creates an album that, at the very least, can be called truly different. And that is an accomplishment in itself.