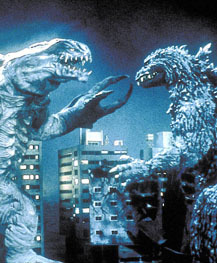 It was a long, hard slog, but Donald Duck has achieved parity with Prince Hamlet.

In academic halls from Berkeley to Bowling Green, young scholars and their instructors spend as much time tackling the history of shopping, television and comic books – in other words, popular culture – as they do analyzing Homer, Shakespeare and Milton.

"I read a paper the other day by an anthropologist, and he was doing a study of Donald Duck," said Ray Browne, the 82-year-old godfather of the academic popular culture movement. Anyone in touch with the real world, Browne said, should be able to "admit the importance of Donald Duck and Disney."

From his home in Bowling Green, Ohio, Browne looks out on American universities and sees the results of seeds he cultivated long ago: scholarship devoted to virtually every cranny of pop culture.

In the last couple of years respected universities have awarded doctorates for dissertations on an amazing range of cultural phenomenon. They include a study of "the figure of the murderous lesbian in 1990s film"; consumer response to pop-up advertising; the "iconography of Clint Eastwood"; Playboy magazine; "the making of modern American manhood" by novelist Edgar Rice Burroughs through his pulp hero Tarzan; teenage girls’ shopping habits in the ’50s; and "women’s rights rhetoric" in country music videos in the ’90s.

In September, 18 scholars gathered at Yale University to examine Michael Jackson’s "iconic career and celebrity status." Called "Regarding Michael Jackson: Performing Racial, Gender and Sexual Difference Center Stage," the conference was co-sponsored by the Department of African American Studies and the Larry Kramer Initiative for Lesbian and Gay Studies.

Every week or so Ray Browne ventures out to the secondhand bookstores in Bowling Green and spends about $100 on used books. He then donates them to the Browne Popular Culture Library at Bowling Green State University that he and his wife, Pat, founded in 1969. Today it’s considered an invaluable resource for pop culture scholars, with vast holdings of material on popular religion, board games, etiquette and pulp fiction – including 50,000 mystery-detective titles.

Browne retired from the university 12 years ago, but he begins work at 8 each morning on multiple projects. He and Pat Browne have written, co-written or edited an estimated 70 books on pop culture, and he’s working on a new one: Shakespeare as a propaganda tool during the Civil War.

The study of popular culture can be traced to the ’50s, but many people point to 1970 as the watershed year. That’s when Browne, an Alabama-born professor with a Ph.D. in English from UCLA, persuaded Bowling Green University to let him create a popular culture department with a bachelor’s and master’s degree program. To his amazement, school officials said yes.

Looking back, Browne says it was good timing, coming at the end of an explosive decade when political-minded students and faculty were challenging university curricula.

"I was really riding a wave," he said. " I know my colleagues and I have been instrumental in legitimizing the study of popular culture, but ... there were a lot of closet popular culture scholars before we came along. As soon as we turned the light on these people came out. ... There are thousands of people now teaching popular culture subjects in various departments."

But Browne said in the early days, it could get pretty lonely.

He and Pat established The Journal of Popular Culture in 1967, "and you would be surprised at the hostility it aroused. One of the Bowling Green graduates who had a radio program in California derided me ... and wrote to the Bowling Green president saying this had to be stopped, this man is evil. ..."

The Brownes plugged along, subsidizing the book press with journal subscriptions. As far as the university was concerned, they were on their own.

"We have always been handcuffed to a certain extent because we had very little money, and we never received a penny from the university," he said. "We kind of occupied an ambiguous position. The president was very proud of us, the faculty was ashamed of us, and neither one supported us."

One night in the late 1970s, a young art history and political philosophy undergraduate at the University of Chicago got some fast food, took it back to the dorm and allowed himself a 30-minute study break to eat. He turned on his little black-and-white television, which could pick up only two local affiliates – NBC and PBS.

His viewing choices: the history of Western civilization told through its art and architecture, and "CHiPs," a weekly show about studly highway patrol troopers.

"Behind closed doors, with no one watching, I always elected to watch ‘CHiPs,’ and that really bothered me," Robert J. Thompson recalled. "I was a cocky intellectual at the time, and the fact that I would be watching this incredibly stupid show instead of something much more enlightening is ultimately what took me away from art history and political philosophy and turned me into a television and later popular culture scholar."

Thompson has become the most frequently quoted pop culture expert in America, in part because he returns reporters’ calls, but principally because he carries vast amounts of information in his brain. The one-time president of the Popular Culture Association directs the Center for the Study of Popular Television at Syracuse University.

To earn his Ph.D. from Northwestern University, Thompson wrote a dissertation that would become his first book: Adventures on Prime Time: The Television Programs of Stephen J. Cannell.

If Cannell’s name rings a bell, it’s because he was among the most ubiquitous producer-writers on television in the 1970s and ’80s. His shows included "Baretta," "The Rockford Files" and "The A Team."

"I chose that very carefully," Thompson said. " I was interested in trying to demonstrate that this stuff we generally don’t take seriously at all, that we kind of wrote off as highly popular but really just detritus – cultural trash – was in fact filled with secrets that serious academic scrutiny could reveal."

The first article Thompson published was submitted to the Journal of Popular Culture.

"It was called ‘The Love Boat: High Art on the High Seas,’" Thompson said. "It was to answer the question: Why is it that smart people watch dumb television?"

This is the sort of thing that drives the country’s best-known conservative intellectual curmudgeons to distraction. Cultural critic Roger Kimball has written often of the "corrupting" influence of 1960s radicals, whose legacy, he says, is the explosion of scholarship in such things as gender studies, ethnic studies and pop culture. And literary critic Harold Bloom lamented in a 1999 interview the "ideological" crusade to remove barriers between popular culture and high culture.

"It’s not as though they were really talking about popular culture," he said. "They’re not talking about folkways, or folklore, they’re talking about commercial garbage, manufactured for a consumer society."

Even author Gerard Jones, who serves on the comparative media studies advisory board at M.I.T., says the complaints may be valid.

"I think there’s an argument there," said Jones, whose new book is Men of Tomorrow: Geeks, Gangsters and the Birth of the Comic Book.

"I think you have to pull back and realize there’s something in Tolstoy and Shakespeare that isn’t in a Jerry Bruckheimer action movie," Jones said.

But Jones says the counter argument is inescapable: Ignore what millions of people are interested in at your own risk.

"Why shouldn’t it matter to us if a comic book or a movie is seen by 15 million people, or 50 million people?" said David M. Katzman, chair of the American Studies program at the University of Kansas. "Why shouldn’t it be as important as a Shakespearean sonnet which was read by a few thousand people then and is only read today because it’s assigned in class?"

Browne says the culture is what counts, not people’s opinions of it.

"(People) are reading our material and realizing that movies and ‘new history’ and music and fast foods ... are the things that shape and drive American culture. They may not be loved, but they have to be understood."