Maroon 5: It Won't Be Soon Before Long 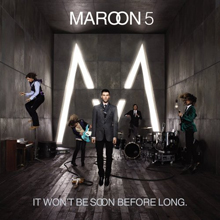 My first thorough listen to It Won’t Be Soon Before Long found me unimpressed. My second listen actually made me so ridiculously angry that I had to rip the CD out of my stereo.

I was hesitant to play the album again for fear I might do harm to myself, others or Adam Levine himself. But after listening a third time, the album actually may be growing on me (though I’m still disappointed with its content).

The much-anticipated follow up to 2002’s Songs About Jane is a true letdown from a band that showed so much promise and appealed to everyone from teenage girls to music elitists who couldn’t deny its raw emotions, soulful rhythms and Levine’s undeniably moving falsetto.

It Won’t Be Soon Before Long boasts remarkable production, for sure. There are definitely dance-worthy beats and songs that will undoubtedly become anthems for high-school break-ups and hook-ups everywhere.

But even with all that, the album feels empty. The once soulful guitars, sweat-drenched vocals and truth to the emotions that Levine was singing about have all been replaced with predictable riffs, overly polished vocals and a complete lack of sincerity in lyrics. The most unnerving thing about It Won’t Be Soon Before Long is the sheer pretentiousness of it all.

It Won’t Be Soon Before Long is currently available.