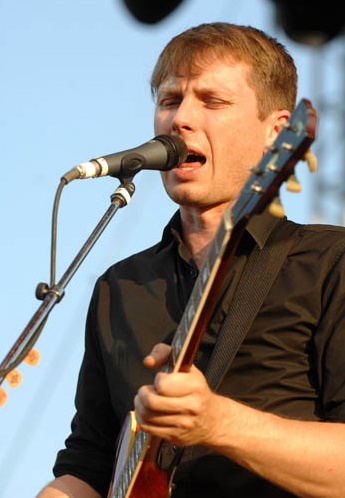 An estimated 80,000 music connoisseurs braved the unrelenting hot weather, thick clouds of dust, $6 beers and overflowing port-a-potties to come together in Manchester, Tenn. for the Bonnaroo Music and Arts Festival, four days of great live performances and culture. Kicking off on June 14, the festival was headlined by the likes of the Police, Tool, Ben Harper & the Innocent Criminals, Wilco and many more.

The highlight of the opening night was the psychedelic outfit Tea Leaf Green, whose vibrant live show was slightly reminiscent of vintage Pink Floyd.

Aesop’s set included stunning cuts from his upcoming album, None Shall Pass, as well as classics from past albums, Labor Days and Fast Cars, Danger, Fire and Knives. His rugged voice stayed strong, and his dense, machine-gun paced lyrics were delivered clearly and crisply, establishing the native Long Islander as one of hip-hop’s most consistent and dazzling performers.

The hip-hop inspired electronica of DJ Shadow put an emphatic exclamation point on a day not lacking in rousing performances and high-octane levels of energy.

Franz Ferdinand attracted scores of crowd surfers, the band opening its set with the hit “Jacqueline.” Maintaining an electric level of energy, the group provided the crowd with thumping performances of the infectious “Take Me Out” and “Michael.”

The best lineup of musical performance came on the final day of the festival, which was kicked off by Grateful Dead alum Bob Weir and his accompanying band Ratdog. Weir and Co. mainly stuck to Dead classics such as an extended version of “Help on the Way/Slipknot,” “Throwing Stones” and the always captivating “Franklin’s Tower.”

Ratdog maintained the Dead’s tradition of never playing a song the same way twice and treated the crowd to a particularly memorable rendition of the Beatles’ “Come Together,” honoring the music festival’s ability to bring thousands of people from across the country to one location to gravitate around themes of music and togetherness.

An outstanding show by Wilco followed Weir, and then the hard rocking White Stripes drew perhaps the densest – if not the largest – crowd, as they brought the thunder with their new single “Icky Thump,” as well as past hits like “Wild Orchid” and their 2003 anthem “Seven Nation Army.”

Unforgettable and sonically rich, Bonnaroo embodies the spirit of Woodstock as well as any music festival possibly can in today’s crass commercial age.