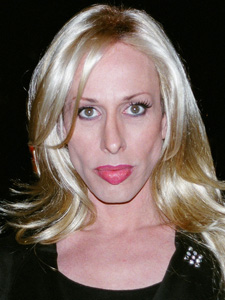 The celluloid closet bursts open July 12 with Outfest, the Los Angeles gay and lesbian film festival. The festival is celebrating a milestone anniversary, 25 years out and proud, with a variety of dramas, comedies, documentaries and shorts.

The party starts July 12 at a gala honoring out filmmaker Bill Condon (Gods and Monsters, Chicago, Dreamgirls), this year’s recipient of the 11th Annual Outfest Achievement Award, followed by the premiere of Robert Cary’s Save Me, a compelling drama about redemption, religion and sexuality starring Chad Allen (End of the Spear) and Judith Light (“Ugly Betty”).

The documentary For the Bible Tells Me So delves into the lives of gay Christians attempting to reconcile their religious beliefs with their sexual identity.

Gay weddings are celebrated in Out at the Wedding and Kiss the Bride, comedic takes on the controversial subject. The highly debated and politicized issue is explored in Saving Marriage, a documentary following the events of the Massachusetts high court’s historic 2003 ruling legalizing same-sex marriage.

The 2007 Slamdance prize winner Red Without Blue investigates the lives of two identical male twins (emphasis on male) that go separate ways and discover themselves, one living as a gay man in San Francisco and the other living as a woman in New York.

The ’80s make a comeback in The Curiosity of Chance, a self-proclaimed madcap homage to John Hughes teen comedies with a decidedly pink sensibility.

A few favorite films return for the silver anniversary including Parting Glances, High Art and Longtime Companion, landmark films in gay cinema. Fans can practice their best Jennifer Hudson impersonation and sing under the stars at the Ford Amphitheatre with a Dreamgirls sing-along, another movie returning to the silver screen at the festival.

The buzz is starting early on Shelter, a boy meets boy love story, and the hilariously titled Itty Bitty Titty Committee, a lesbian romantic comedy. Drag diva RuPaul kicks ass and takes names in Starrbooty, and a transsexual transformation takes place in Alexis Arquette: She’s My Brother, which chronicles the actor’s conversion from brother to sister.

For a complete list of screenings and events, visit www.outfest.org.
Article posted on 7/5/2007
This article has been viewed 2758 times.