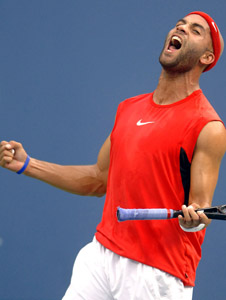 Defending champion Tommy Haas of Germany leads a field of 22 of the world’s best players at the 81st Countrywide Classics at the Los Angeles Tennis Center on the campus of UCLA July 16 to 22.

The Countrywide Classic is the first stop of the U.S. Open Series as players prepare for the final Grand Slam of the year, the U.S. Open in late August.

But men’s singles won’t be the only event dominating the tournament. The men’s doubles tournament will be just as competitive and features the brother team of Bob and Mike Bryan. The Bryans are currently ranked number one in the world and are the defending champions of the Countrywide Classic.

They have been the most dominate doubles team in the 21st Century, ranked number one the last three out of four years and have won five Grand Slam titles and 39 ATP titles as a team, which is fifth all time.

Besides a week of competitive tennis, the Countrywide Classic will also feature several events for fans.

Among some of the events featured are the First Republic Bank Kids Day on July 19, which is free to all kids 16 and under. The day includes ticket to afternoon matches with parents and chaperones ($5).

On Racquet Days Monday and Tuesday July 16-17, fans that donate a serviceable racquet will receive free admission for the day session. Donated racquets will be used in numerous junior tennis programs conducted by the USTA/Southern California Section.

The 8th Annual Senior Day on July 18 offers brunch, tips from legendary coach Vic Braden and tickets to the day’s event for $35.