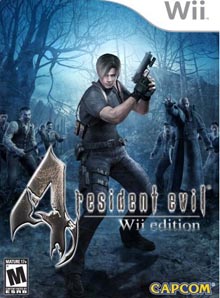 It’s time once again to visit beautiful Spain, with its hypnotic parasites, miniature Napoleon and chainsaw-wielding grannies. Yes, “Resident Evil 4” is being released yet again, this time for the Wii.

Sure, you could just slide your GameCube version into your Wii and pretend, but you’d be missing out on a lot. The Wii edition reclaims the horror classic from the PlayStation 2, and – for its troubles – it also snatched up all of the extras from the PS2.

This means you get the side story game “Separate Ways” as well as a suit of armor for Ashley that blocks rocket blasts. More than that, though, you get the joy of using the Wii controllers in your struggle against Los Illuminados.

Nintendo has integrated much of the “Legend of Zelda: Twilight Princess” functionality into the game, from aiming by pointing the controller at the screen to slashing to use your knife, making it all a far more immersing experience. Granted, this may take a bit of time to get used to, but once you’ve mastered the controls, you’ll wonder why you ever played it any other way.

Reviews
‘Call of Duty: Modern Warfare’ succeeds by going back to basics
877 views

Reviews
‘Fire Emblem: Three Houses’ is Nintendo at its most flirtatious
2,467 views