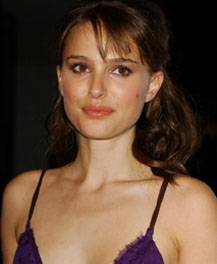 In Mike Nichols’ relationship drama Closer, Natalie Portman – whose poise and talent often makes her seem older than her years – has finally come into her own as an adult actress.

Based on the award-winning play by Patrick Marber, Closer revolves around the lives of four strangers who meet, love, betray and ultimately ruin each other while seeking intimacy. Despite playing a stripper in the film, the 23-year-old Star Wars prequel actress insists that she doesn’t feel fully mature.

"I don’t really feel like an adult yet myself, so I don’t really think I can play adults. I think it’s always a proportion, adult to child within you, and even when you’re 85 you’re still going to have that proportion," explains Portman. "It changes with mood and with time. It’s an arbitrary distinction between adult and child."

Director Nichols, who previously worked with Portman for a stage production of "The Seagull," specifically wanted this curious mix of youth and sophistication for the role of Alice. "I wanted to start with a beautiful young girl, so adorable that Audrey Hepburn would worry ... And then (later in the film) Natalie comes back and she’s increased," says Nichols.

Alice changes over the course of several years in the film, beginning as a charismatic pixie-like waif who captures the attention of obituaries journalist Dan, played by Jude Law. After experiencing a bitter betrayal, she inevitably becomes wiser and jaded, yet still keeps an intriguing untouchable aura about her. Marber, who adapted his play for the screen, also sees this quality in Portman.

"She’s extremely clever. She’s got some secret about her as truly intelligent young women always do," gushes Marber. "She’s enigmatic. She’s absolutely in the now and she’s real. She’s quite a one."

Portman maintains her mystery when it comes to nudity as well. For the strip club scene, she agreed to let the film roll while she bared herself, but later decided against using the two-second shot of her closing her top.

"I didn’t think it was crucial to the scene. I thought it was distracting, if anything, to have it at the head of the scene," she says.

Nichols, who describes the film as "not about showing anything," agreed to the cut, a decision that must have pleased Marber, who deliberately kept all of his characters clothed, albeit scantily at times, for the stage version.

"It’s very important to me that there’s no nudity in the play because it’s all about words and the words we use," he explains. "I wanted the audience to always feel like they’d seen all this sex, but they haven’t seen a damn thing, if that makes any sense at all."

In fact, Portman and her co-stars Law, Julia Roberts and Clive Owen make it through the movie discussing and reacting to sex, but never participating in anything more passionate than a heated gaze or kiss on screen.

Of course, as Alice, Portman ratchets up the eroticism with her strip club scenes, for which she took pole dancing lessons, which she describes as "physically very demanding, a combination of dance and acrobatics."

Although she gained a new respect for the strength and stamina of exotic dancers, Portman didn’t have to perform anything quite so taxing. Having taken dance lessons since the age of 4, she performs an effortless split in the film. "I’m extraordinarily flexible," she comments matter-of-factly.

Her garb for the scene consists of a G-string, skimpy top, garter and colorful wig. Despite this provocative ensemble and her even more suggestive actions, the actress doesn’t worry about her imminent status as a sex icon.

"I’m not scared. I’m brave," she says. "I’m not doing things to prove anything that I’m like or unlike what other people think of me. That makes me comfortable with whatever people walk away with. I can still carry on my own life without being hurt."