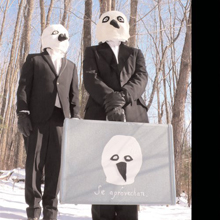 Fans of the Brooklyn-based nerd rock legends They Might Be Giants may be surprised by the duo’s 12th studio release, The Else. While still heavy on the nerd, this album prides itself on a greater rock base, thanks in part to the addition of producers the Dust Brothers.

The album starts with the thumping drums and electric guitar of “I’m Impressed,” a harder and heavier song than Giants fans may be used to, seamlessly merging dance-friendly instrumentals with lyrics that invoke King Kong and Godzilla.

Settling back into more familiar Giants territory, the album is constantly interjected with their new rock sensibilities. “Climbing the Walls” showcases more of the band’s infamous wordplay set against rock drum beats and rich horns. “With the Dark” is a musical tour that ranges from semblances of old-time country radio to the Gorillaz.

The whole album ends on perhaps its strangest song, “The Mesopotamians,” an anthem that shifts between ’50s surf rock and ’70s rock band-based television theme songs.

The album has no real weak points and may be the most publicly accessible They Might Be Giants album.

The Else is currently available.