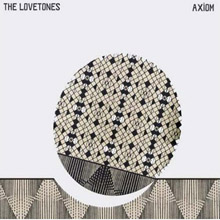 The Lovetones may be Australian, but the band often layers a hypnotic, Southern California allure into Axiom, the quartet’s third release. That’s no accident: singer Matt Tow spent time in the Brian Jonestown Massacre, and the group partially recorded the new album in Los Angeles.

Axiom is more organic and multicolored than its predecessor, Meditations. The 10 tracks have a solid, soundscaped swirl due to orchestral touches and wistful melodies that sometimes evoke John Lennon and early David Bowie, particularly during poised “Ordinary Lives.”

While swirling pop nugget “Say You Will” recalls Beachwood Sparks, the SoCal connections all align on rustic single “Wintertime in Hollywood,” reminiscent of local kindred spirits such as the Tyde or the Quarter After. While some material does meander (“Please Don’t Break My Heart Tonight” is three minutes too long), Axiom never succumbs to self-indulgence and manages to be a loose-limbed breather from reality.