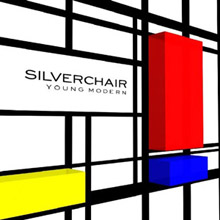 This Australian trio has been phenomenally successful in their homeland, racking up five No. 1 albums, more than fellow Aussies AC/DC, INXS and Midnight Oil. The story is different here in the U.S. where Silverchair broke big with “Tomorrow” in 1995 before sinking into cult status.

“Straight Lines” is the first potential hit from this set, and it spotlights how Silverchair’s sound is dependent on Daniel Johns’ versatile vocal style as he switches from a breathy, nearly spoken intro into super-harmonious cooing in a matter of a few beats.