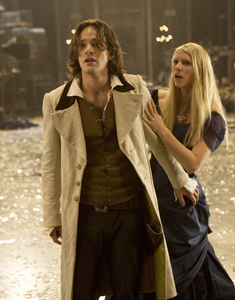 Every once in a while, a movie comes along that warrants the much-used, rare-deserved title of “modern classic fairytale.” These are movies that, despite being epic adventures occurring in alternate fantasy realms draw a wide array of viewers to their magic.

Fantasy crossovers are critically lauded, highly entertaining and loved for all time. Examples may include The Princess Bride and my favorite, Willow.

Claire Danes plays the ultimate observer of humanity, a star. Fallen to Earth, she’s sought after by scheming princes willing to kill each other for their father’s throne, black market merchants, sky pirates led by Robert De Niro’s “colorful” Captain Shakespeare and a chillingly wicked witch (played by an amazing Michelle Pfeiffer) in pursuit of eternal youth and beauty.

Charlie Cox, in his first-ever leading role, plays Tristan Thorne, a naïve boy who promises Victoria (Sienna Miller) that he will bring her back a fallen star to win her love.

Here begins the delightful love story – amidst many obstacles – between Cox and Danes. A morality play, a love story, an adventure, Stardust is simply wonderful – a modern classic fairytale.

Stardust is currently in theaters.