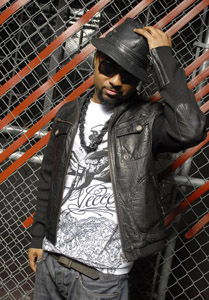 Music Soulchild has racked up a string of hits with the release of his three interestingly spelled albums, 2000’s Aijuswanaseing, 2002’s Juslisen and this year’s Luvanmusiq. Performing many of his fan favorites at the Wilshire Theatre, including “B.U.D.D.Y.,” “Teach Me,” “Girl Next Door,” “Just Friends (Sunny),” Musiq delivered a romantic set for a crowd chock-full of couples.

It was a delight to see both men and women singing the lyrics to every song. While he took liberties to rock out the soulful ballad “Love,” most of the other songs – from his best known ballads to more upbeat radio singles – sounded just as good live as on wax.

From the looks of the women standing along the wall, dancing and singing, it was evident it was a lovefest.
Article posted on 8/15/2007
This article has been viewed 1098 times.