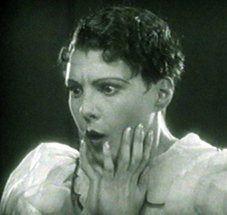 In the mountains of Santa Monica, silence is golden. The National Park Service wouldn’t have it any other way.

That’s why they’re putting on a series of silent movie viewings in the Santa Monica Mountains National Recreation Area, inviting people to come out under the stars, enjoy a meal and the sights and sounds of silence.

The films are being shown in Paramount Ranch, and even if you’ve never been there, you’d probably recognize the spot. Films as recent as Van Helsing and as old school as Never Say Die shot scenes in Paramount Ranch because of its scenic setting and old Western feel.

The ground there has been shaken by the footsteps of film giants like Bob Hope, Mae West and Gary Cooper along with newer stars like Hugh Jackman, and now average Joes like you and me can come and hang out as we watch The Clinging Vine, this week’s production.

The Clinging Vine, starring Leatrice Joy, is a classic love story with slight traces of feminist umph that you might not see coming from a 1926 film. Antoinette B. Allen (also known as A.B. Allen) is an assistant to the president of a paint company.

She turns out to be worth her weight in gold, literally, as her pragmatic mind leads her to make brilliant business decisions that her boss then claims as his own. Of course, when the love interest, her boss’s grandson, gets thrown into the mix, life, love and paint get a little more complicated.

The film will be shown in an open-sided pavilion, and surprise short subjects will be shown. Music will be provided by Michael Mortilla, the man who makes the sound behind the silence. Mortilla is a legend of silent film and mime composition, and his addition to the show will be priceless.