Include Me Out: My Life from Goldwyn to Broadway: (St. Martin's Press) 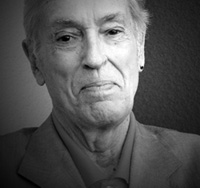 It’s delightful when living legends like Farley Granger preserve their memoirs in books like these, because it opens a window into the historic world of old Hollywood – the world of remembered shimmer and genuine glamour. Farley’s was a world where an invitation to tennis with Charlie Chaplin might have come as easily as a dinner out and cocktails – multiple cocktails – with Shelley Winters, one of the true loves of his life. Farley (who wrote this with his life partner of many years, Robert Calhoun) is best known as the dashing leading man in two classic Hitchcock thrillers, Strangers on a Train and Rope (the latter of which was loosely based on the homosexual dynamic between teen murderers Leopold and Loeb).

His memoirs take us through his San Jose origins into his years as a child-actor, then a soldier and onto his years as a matinee idol and his abundant romantic liaisons with legendary women, such as Ava Gardner, and also with legendary men, like Leonard Bernstein. Through his eyes we understand that many of the forgettable films he was in were forgettable because they were made with little care; slap-dash studio concoctions never intended for lasting prominence.

Though Hitchcock famously said all actors are just cattle, Farley’s world presents a Hitchcock who was warm and amiable, and also a serious artist who so intricately designed and designated every frame of a film prior to shooting that he found the actual filming itself a bore. It’s these insights into filmmaking that are the best parts of the book, but his remembrances of old Hollywood – connecting such storied legends as Marlon Brando, Aaron Copland, Nicholas Ray, Chaplin, Groucho Marx, Rodgers and Hammerstein, Rita Hayworth and many others – are simply a joy to behold.

Include Me Out is currently available.