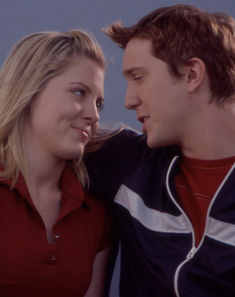 Freshman Orientation stars Sam Huntington (Superman Returns) as Clay – a horn dog-turned-good guy from the Midwest. Upon arriving at college, he comes to the realization that female coeds aren’t the dirty girls he thought they would be.

This includes participating in a pledge activity that requires her to make a gay guy fall in love with her – only so she can dump him the following week at a Greek party in order to pledge her allegiance to her sisters. Through a poorly executed misunderstanding, she and Clay wind up becoming friends and later falling for each other.

You’d think that in a project with such a great supporting cast as Heather Matarazzo (Welcome to the Dollhouse), John Goodman (“Roseanne”) and Rachel Dratch (“Saturday Night Live”) that these actors would provide a fresh take on a rite of passage for so many young people. Instead, they each submit embarrassingly pedestrian performances.

Writer/director Ryan Shiraki’s sad little opus to his days as a student at Brown University would best be served as a cruel joke that he tells his friends in the locker room of his gym. The man was a producer at “Saturday Night Live” for eight years; you’d think he’d be capable of doing so much more with that legacy.