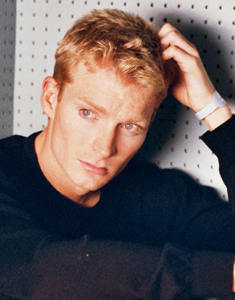 Self-Medicated is the story of a 17-year-old named Andrew who is unable to come to terms with the death of his father and spirals out of control down a path of self-torment and misbehavior. Diane Venora (Heat, The Insider) stars as Andrew’s distressed mother.

She reaches her wit’s end and hires a private company to kidnap her son and take him to a private facility for troubled youngsters. Not only do we get entangled in Andrew’s emotional turbulence, but the nightmares that transpire in psychiatric hospitals.

The role of Andrew is played by newcomer, 24-year-old, Monty Lapica, who wrote, directed and starred in the film, which is apparently based on Lapica’s life. The film is well written, well directed and is an excellent example of the internalization of anger and the effects it can have on a person’s friends and family.

Self-Medicated is the most award-winning independent film of the past year during its festival run.