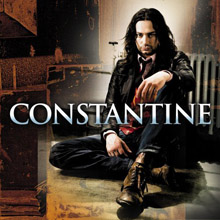 After finishing in sixth place on season four of “American Idol,” Constantine Maroulis risked disappearing into the crowd of “Idol” rejects struggling to mold 15 minutes of fame into a career. Yet Maroulis has attempted to distinguish himself with a surprisingly personal debut album.

While its raw, live sound definitely gives the CD an intimate feel, the songs themselves are disappointingly cliché. Most of the tracks (such as the syrupy-sweet “Several Thousand,” which harkens back to the boy-band era) recycle simple two bar phrases to create a repetitive chorus.

Maroulis occasionally returns to his “Idol” rocker roots, and the witty lyrics to “Favorite T-Shirt” let his personality shine through. But the remainder of the album is a confused hodgepodge of sentimental, family-centered songs, love sick ballads and manic up tempo numbers.

Fans of “American Idol” may feel let down by this eclectic album and become nostalgic for the smoldering, hardcore rocker they once new.