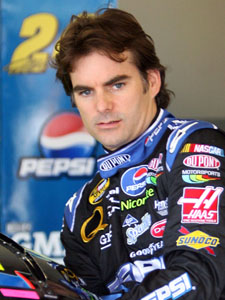 After the rain delayed 3M Performance 400 at Michigan International Speedway on Aug. 21 and the Sharpie 500 at Bristol Motor Speedway on Aug. 25, just two races remain until the start of the Nextel NASCAR 10-race playoff.

This Sunday, Labor Day Weekend, could be the deciding factor for a lot of the stock car racers as they try to labor past their rivals at the Sharp AQUOS 500 at the California Speedway in Fontana.

As of the Michigan race, Kurt Busch remains 12th in the standings, 33 points behind Martin Truex Jr., after winning at the rain soaked track at Michigan. Series leader Jeff Gordon, who started from the pole, was in the top five most of the day before some late problems relegated him to a 27th-place finish.

Fan favorite, Dale Earnhardt Jr., is trying his best to make the chase for the Nextel Cup. He finished 12th and moved up one position in the standings but he seems to be losing ground in points.

Along with the race comes platinum recording artist 30 Seconds to Mars, who will headline the Miller Lite Rock ’n Racing show in the Opportunity, California FanZone on Sunday afternoon.

“We are thrilled to host a band the caliber of 30 Seconds to Mars at California Speedway,” says California Speedway President Gillian Zucker. “There is no question that they will put on an amazing performance that our guests will really enjoy.”

Additional musicians are scheduled to appear, and other entertainers will be along for the ride, including 25-time Grammy Award winner Stevie Wonder, who will serve as the Sharp AQUOS 500 Grand Marshal. The concert, and all musical performances on the center stage, is free for all guests with a paid admission to the Sharp AQUOS 500.

For more information on the race and the fun filled weekend, visit www.californiaspeedway.com. For more on NASCAR, visit www.nascar.com.