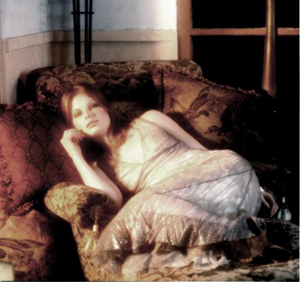 Remember that time in the late ’90s when swing music was all the craze? Angsty grunge rock had gotten old and the nation was swept up in the energetic big band music of pinstripe suit-wearing groups like Big Bad Voodoo Daddy.

Well, here we are, a decade later, and BBVD can still fill up an almost 18,000 capacity Hollywood Bowl on back-to-back nights. Apparently swing music is back and not going anywhere.

Backed up by the Hollywood Bowl Orchestra, BBVD pounded out their most popular songs off of their self-titled and initial hit album. Songs like “You & Me & The Bottle Makes 3 Tonight (Baby)” and “Go Daddy-O” came to life with the Hollywood Hornets, a local group of swing dancers whose performance added an extra level of entertainment to the entire production.

“Minnie the Moocher,” with its call and response chorus of “Hidey-hidey-hidey-ho,” displayed singer Scotty Morris’ clean and classic voice. Morris pulled off the dark and swanky moods of some jazz-inspired songs, while still barreling out up-tempo, energetic dance-along melodies to other songs, and not to mention the occasional scat.

The night finished off with a colorful fireworks show synched up to the all-time classic swing song “Sing, Sing, Sing” performed by the Hollywood Bowl Orchestra. Though the evening made many references to the past, BBVD definitely put their own contemporary twist on everything they did, potentially ushering in yet another swing trend in popular music.

Live Show Reviews
Beyoncé’s Coachella performance was incredible — and she knew it
2,733 views